A Bombay High Court bench of chief justice Manjula Chellur and justice NM Jamdar, on September 19, 2017, refused to permit the use of heavy machinery and transportation vehicles at night, saying that it could not pass such a ‘blanket order’. The Mumbai Metro Rail Corporation Limited (MMRCL) had sought the court’s permission, to bring heavy vehicles to the construction sites in south Mumbai during the night hours, to transport construction material and debris for work on the Metro III line.

“Already there is so much construction noise during the day. Any human being needs peaceful sleep of at least six to seven hours through the night, at any cost. We are not ready to change that,” the bench said. The bench was hearing a writ petition, filed by advocate Robin Jaisinghani, alleging violation of noise pollution norms by the MMRCL, in the construction of the Metro III line.

Acting on the above petition, the court had last month restrained the MMRCL from carrying out any construction or ancillary work on the Metro III line, between 10 pm and 6 am. In the latest hearing, the MMRCL’s counsel, Kiran Badalia, told the HC that considering the above prohibitory order of the court and a recent circular of the city traffic police that bans heavy vehicles in south Mumbai from 7 am till midnight, it was facing difficulties in carrying out construction work for Metro III.

“Our first round of work gets over by 5 pm. After that we require to bring in an additional lot of construction material to the site and to dispose of the debris from the site,” the counsel said. “We are thus, seeking that we be permitted to use our vehicles sometime at night, only to transport construction material,” she said.

The MMRCL’s request, however, was vehemently opposed by the petitioner, who argued that the ‘sound from transportation vehicles was a major source of noise pollution’. “We are already exposed to vibrations, drilling and construction noise from the metro work throughout the day. After the vibrations, the movement of heavy vehicles and cement mixers, are the next biggest sources of noise pollution,” Jaisinghani said.

The bench, meanwhile, suggested that the MMRCL time its work in a manner that it does not need to use heavy vehicles after 1 pm. “Why do you have to do everything only in the late evening? You could try to use heavy machinery and vehicles only between 10 am and 1 pm. We can’t pass any blanket orders granting your request. Once we allow you, others will begin coming to us, with similar requests. Who will then take responsibility for the decibel levels and noise norms?” chief justice Chellur asked.

She also took note of the din made by the construction workers. “Early in the morning, the people employed by you (MMRCL) begin screaming, shouting to each other and playing loud music on their phones. Why don’t you ask your contractors to employ someone to supervise the labourers and control the noise?” chief justice Chellur said. 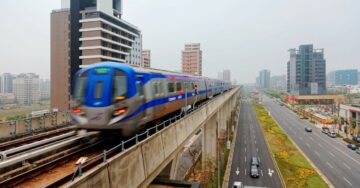 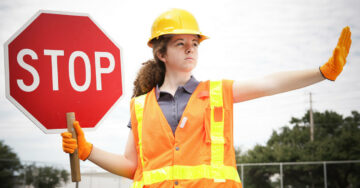 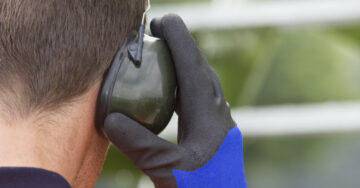 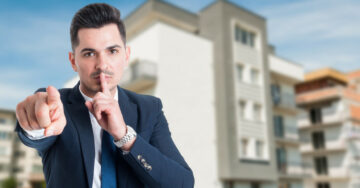