Hiranandani Group, on July 18, 2019, announced its foray into data centre parks, with a new business venture, ‘Yotta Infrastructure’. The first phase of operation shall commence at Hiranandani projects in Mumbai, Panvel and Chennai. A 100% subsidiary of the Hiranandani Group, Yotta will offer hyper-density, hyper-scalable data centre and co-location solutions to enterprises along with a whole array of supporting managed IT, hybrid multi-cloud and security services, a release said. The data centre parks will be spread over 50 acres near major international fibre landing stations, with server hall capacity of over 60,000 racks and 500 MW power. The first data centre park is scheduled to go live by December 2019 at Hiranandani Fortune City township in Panvel, followed by Chennai and Mumbai.

Speaking about the new venture, Niranjan Hiranandani, founder and managing director of the Hiranandani Group, said: “The Digital India program is one of the key pillars of the prime minister’s vision of India becoming a USD 5-trillion economy by 2025. We envision a huge opportunity with the data localisation and protection act to be announced soon by the government of India, in order to regulate the data management business. This will give a big impetus to the data storage business to grow domestically at an exponential pace, bringing a paradigm shift to the Indian economy.”

Commenting on the inception of Yotta, Sunil Gupta, managing partner and CEO said: “With the growth of technologies like IoT and Big Data becoming mainstream, vast amounts of data will be created in complex formats that will need massive data centre infrastructure. This is the right time for the Hiranandani Group. We shall offer practically unlimited scalability  of co-location space and power at our data centre parks to OTT players like Google, AWS, Microsoft, Alibaba, Tencent , Netflix, Facebook , Apple, etc., for their cloud availability zones / clusters, for better manageability of their operations and enhanced cost effectiveness.” 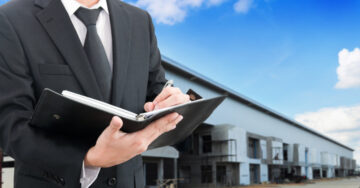