The Reserve Bank of India (RBI), on June 7, 2017, reduced the risk weight for individual housing loans above Rs 75 lakhs, to 50 per cent from the earlier 75 per cent, while for loans between Rs 30 and Rs 75 lakhs, a single Loan-to-Value (LTV) ratio slab of up to 80 per cent has been introduced, with a risk weight of 35 per cent.

RBI governor Urjit Patel explained that this is a part of the central bank and the government’s attempts, of ‘targeted interventions’ to help prop-up the sagging growth numbers. However, the Reserve Bank left lending rates unchanged in its monetary policy review, citing risks to inflation due to a spurt in farm loan waivers by states but raised the lending capacity of banks to support economic growth.

The decision to reduce the risk weights for home loans over Rs 30 lakhs, will release capital for the banking industry and is a positive move, SBI chief, Arundhati Bhattacharya said, in a statement. The large cut in inflation projection by the RBI in the monetary policy, is in consonance with ground realities and is likely to create room for rate cuts in the latter half of the year, Bhattacharya added.

According to Bank of India MD Dinabandhu Mohapatra, the reduction in the statutory liquidity ratio (SLR) by 50 basis points, effective June 24, 2017, will facilitate banks to meet the LCR requirement of 100 per cent comfortably by January 1, 2019. However, this measure will not have an impact on the credit offtake, as banks are already in a situation of excess SLR, in spite of sluggish credit growth at 5.7 per cent, he said.

“The reduction in risk weights and standard asset provisioning on certain categories of housing loans, will lower housing loan rates and increase the housing loan portfolio of banks,” he said.

The reduction in the risk weights on certain categories of housing loans, is indeed a positive signal, said Rajeev Rishi, chairman of the Central Bank of India. The housing loan segment is the major sector of retail. Since retail loans are only showing signs of growth, reduction in LTV ratio, risk weights and standard assets provisioning, would spur growth in this segment, Rishi explained.

Welcoming the decision of the RBI, ICICI Bank MD and CEO Chanda Kochhar, said the the SLR cut and reduction in risk weights for housing loans, are positive moves that will support bank liquidity and encourage growth in housing loans.

According to Govind Sankaranarayanan, chief operating officer of Tata Capital, the decision to reduce the risk weight on housing finance for properties worth Rs 30-75 lakhs, should help reduce the burden borne by financers through capital costs and lay the platform for a rate cut in the future. 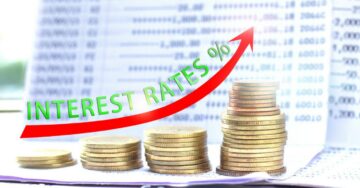