Residential real estate sales saw some moderation in January 2019 (-4.6% yoy) and this is likely to accelerate in the two months up to March 2019, owing to the change in the rate of GST on real estate, applicable from April 2019, according to the ‘Real estate – state of the market’ report by Kotak Institutional Equities. Launch activity has compressed more aggressively (-60% yoy) and this trend is likely to continue, as marginal players face incremental pressures under a constrained liquidity environment, it added.

Transitional GST provisions could lead to weak sales till March 2019

We would see headline sales numbers for the real estate sector in India moderate in February and March 2019, as consumers postpone sales to see the outcome of the revision in the Goods ans Services Tax (GST) rates, which have been reduced with effect from April 2019. Further, the transition provision (released in March 2019) allows for developers to choose extant higher rates (with ITC) or lower rates (without ITC) for under-construction properties. Lack of clarity on applicable rates for under-construction properties, as well as the transition to new rates from April 2019, could hinder sales and collection numbers for companies towards the end of the current fiscal.

Home loan rates increase 65 bps over the past year 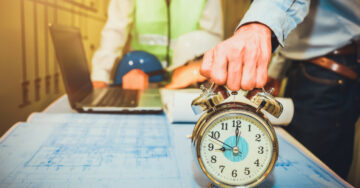