The Hyderabad Metro Rail Limited (HMRL) managing director NVS Reddy and top officials inspected a stretch between Police Control Room and Rangamahal junction in Corridor-I, which is to be developed as a ‘heritage precinct’, as per the Telangana government’s instructions. “Continuous and wide footpaths for seamless pedestrian movement will be developed in the entire stretch of five kms, with a distinct heritage theme,” he said, adding that in the next three months, one would see initial transformation of this whole area.

He said wrought iron/MS railings with a heritage look, classic patterns of tiles and stone flooring, restoration of heritage structures and buildings, liberal usage of cobblestones, period street furniture and vintage-looking electrical fittings, interspersed with sculptures, art work, classical signage, etc., will form part of the project. Reddy said Nampally metro station will be connected with Nampally railway station, about 200 metres away, with a covered walkway and railing with heritage look. Passengers transiting from the metro station to (Nampally) railway station and vice-versa, can take luggage in trolleys as in airports, while a two-lane carriageway on each side will be aesthetically developed with cobblestones, he said.

Theme-based public plazas will be developed, with appropriate focus lighting to restore the magnificent look of the grand structures which are presently not in good shape, Reddy said. Multi-level car parking and other facilities coming up at Nampally and Gandhi Bhavan stations, will be seamlessly integrated with MJ Market which will also be restored, he said. Skywalks connecting MGBS metro station with MGBS bus depot on one side and the old city area on Chaderghat side, will have state-of-the-art facilities for seamless connectivity, he said.

Reddy said the stretch between OMC station and Rangamahal junction, which has Corridor-II metro tracks passing over Corridor-I metro tracks, in a double decker style pillar structure, will be developed as an important tourist spot, to showcase the convergence between historical elegance and engineering excellence in Hyderabad city. The metro pillars, portals and walls in this area and in Nampally, will be decorated with paintings and sculptures, reflecting the rich history and culture of Hyderabad and Telangana, Reddy added.

In November 2017, prime minister Narendra Modi had inaugurated a 30-km stretch between Miyapur and Nagole, of the 72-km-long elevated metro project. The concessionaire L&T Metro Rail (Hyderabad) Limited is building the project across three corridors. 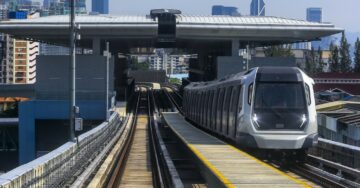 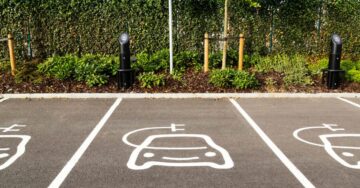 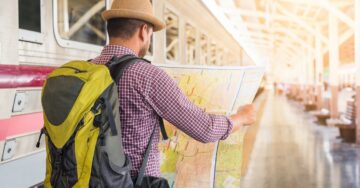 [fbcomments]
For any feedback, write to us at editor@housing.com.
https://seo.housing.com/api/v1/housing_news?tags=Gandhi%20Bhavan,heritage%20precinct,HMRL,Hyderabad,Hyderabad%20Metro,Hyderabad%20Metro%20Rail%20Limited,MJ%20Market,Nampally,Rangamahal%20Junction