An ongoing slowdown in sales notwithstanding, institutional investors’ confidence in the potential of India’s real estate sector continues to grow, with investments more than tripling to Rs 1,400 billion during 2014-2018, as compared to Rs 465 billion in 2009-2013, says a joint report by CII-JLL. According to the report titled ‘Innovation Led Opportunities ─ Changing India’s Real Estate Landscape’, the key factors driving investment growth, are technological upgrade, innovative strategies and regulatory improvements seen after the launch of the Real Estate (Regulation and Development) Act (RERA).

Policy reforms in the sector, the concept of a shared economy giving rise to new asset classes such as co-living and co-working spaces and technology-driven businesses resulting in the increased interest in data centres, have together made times exciting, both, for occupiers and investors, says the report.

“India has gradually transformed into an investment destination of international repute after the global financial crisis and real estate and infrastructure, have played a vital role. Within this space, adoption of technology coupled with policy reforms, are the key factors for investors to consider greater participation,” says JLL India chief executive officer and country head, Ramesh Nair.

Investments, however, remain concentrated in the key markets of Delhi-National Capital Region, Mumbai and Bengaluru, points out the report, with 74% of the total investments made in these markets between 2009 and 2018. “While metros accounted for 74% of the total institutional investments during 2009-18, we expect tier-2 and tier-3 cities to draw more funds in the coming years. The government’s focus on the growth of smaller cities, is leading the change,” Nair added.

With a superior sustainability quotient, Grade-A offices with single ownership and limited supply, have pushed global investors to close large deals. Lower availability of quality assets however, has led to big investors opting for entity-level deals, which leads to an extended investment cycle. As a result of this, the share of investments in the office segment declined during the first six months of the year, as compared to the corresponding period in the last year.

Commenting on the investors’ preference, Samantak Das, chief economist and head of research and REIS, JLL India, said, “Investment strategies have shifted to long-term partnerships from being merely opportunistic. There has been a rise in investments in the past decade. Institutional investments in real estate in H1, 2019 stood at Rs 195 billion, reflecting continued momentum of capital infusion. The investment climate, however, in the first half of 2019 was uncertain. Initially, this was due to the NBFC default crisis and later due to general elections.” 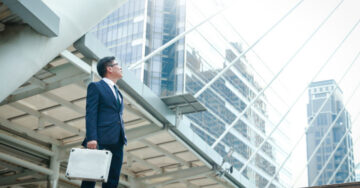 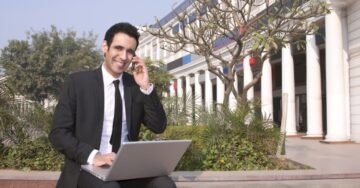