The Real Estate (Regulation and Development) Act, 2016 (RERA), which came into force on May 1, 2017, was a historic moment for the real estate industry, which was previously characterised by the lack of transparency. Prior to the Act, whatever the broker or the developer dictated was to be followed. Although the demand for properties meant that the industry grew unchecked, buyers were generally at the receiving end, burdened by unregulated property prices and delays in obtaining possession.

Recently, a PIL against Jaypee Infratech for its failure to hand over apartments, attracted significant attention, with the courts taking the side of the hassled home buyers. However, such cases remain few and far between. Moreover, a reputed company declaring itself insolvent, is a worrying situation for the home buyers, since it leads to their funds hanging in balance. Hence, there is hope that the implementation of RERA, will provide relief to the buyers and protect their long-term investments.

Vineet Relia, managing director of SARE Homes, maintains that it is of utmost importance for buyers to be aware of the RERA’s provisions, to avoid any type of fraud. “S/he should check whether the project is registered under RERA. The project which is registered, must have all the details uploaded on the RERA website. The developer should provide quarterly updates on construction progress, as well as commencement, occupation and other certificates that are required, before the flats are handed over to the buyers,” says Relia.

While the RERA is a much-needed law, to boost the realty sector and bring more transparency into the system, delays in its administration remain a major concern. Several states and union territories have not implemented the rules under the Act. Moreover, only Maharashtra, Madhya Pradesh and Rajasthan have appointed their respective housing regulators.

Anuj Puri, chairman of ANAROCK Property Consultants, says that “There is still a distinct lack of awareness, about how RERA can benefit home buyers. This is partly because there have been severe dilutions in the rules framed by various states, as compared to the rules from the centre, resulting in confusion and an attitude of not taking RERA seriously. This Act is still work in progress and various inconsistencies still need to be ironed out, for it to become an effective force.”

Ventak Rao, managing director, Intygrat Business Advisory, points out that the Bombay High Court has upheld the constitutional validity of the RERA, while allowing the Appellate Tribunal and state-level authorities to consider delays, on a case-to-case basis. “On the regulatory side, some administration has been put in place by MP and Maharashtra. Maharashtra has so far registered 13,000 units under RERA and Haryana too has 500 projects registered under the Act now. However, it is really the bosses who know about RERA administration or implementation. Downstream, people still do not understand the new law,” he says.

When it comes to getting information and understanding how to use it, there is complete lack of awareness, Rao adds. “The onus is on the government first and the state regulators, to make buyers more aware. There should be a consumer awareness campaigns and seminars involving investors and buyers, to make the end-user more aware of the facts of RERA,” he maintains.

Meher Gupta, MD of Contemporary Connect, Luxury Brand Management, explains that the RERA governs both, builders and buyers, which leaves little room for errors. “Definitely, some education needs to be given, so that the common people do not suffer. Buyers should also ensure that they only invest in RERA-regulated properties and get all the documents vetted. We have worked with many real estate developers over the years – before RERA, as well as now, after it has been introduced. Overall, RERA has made a great deal of difference that you can feel and notice in the industry. However, any policy takes a few months/ years to be implemented properly and it will be the same with RERA,” Gupta concludes. 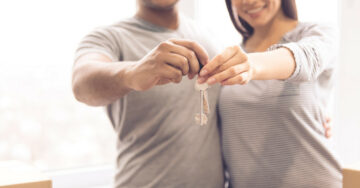 [fbcomments]
For any feedback, write to us at editor@housing.com.
https://seo.housing.com/api/v1/housing_news?tags=Anarock%20Property%20Consultants,Contemporary%20Connect,Insolvency,Intygrat%20Business%20Advisory,Jaypee%20Infratech,Madhya%20Pradesh,Maharashtra,Rajasthan,Real%20Estate%20(Regulation%20and%20Development)%20Act,RERA,SARE%20Homes