British billionaire Richard Branson, on December 12, 2019, met Maharashtra chief minister Uddhav Thackeray, to clear ‘misunderstandings’ and gauge the new administration’s interest in the USD 10 billion Mumbai-Pune Hyperloop project. Branson met the CM at Matoshree, the Thackeray family bungalow in suburban Bandra. Earlier, he had made it clear that the entire cost of the project would be borne by the private sector and it would not depend on any funding from the state.

“It is just a courtesy call (with Thackeray) and also to ensure that any misunderstandings regarding the project are cleared. When there is a change in administration and you have a big project going on, it is important to have a courtesy call. Uddhav Thackeray and the various coalition people that he has around them, need to meet people who are doing big projects or those wanting to do big projects in their state. We just need to see whether the new government is as keen as the old government (on the project),” Branson said, on December 11, 2019. He said engineers at the Group’s Hyperloop facility in Las Vegas were working on the project and they were ready to ‘get going quite soon’ with the Mumbai-Pune project.

In a bid to expedite the development of the Mumbai-Pune Hyperloop, the Maharashtra government has accorded ‘infrastructure status’ to the ambitious project

July 31, 2019: The Maharashtra government, on July 30, 2019, accorded ‘infrastructure status’ to the Mumbai-Pune ultra-fast Hyperloop transport project that seeks to reduce the travel time between the two cities to just 23 minutes. The state cabinet approved a proposal to give infrastructure status to the project, at a meeting in Mumbai. The cabinet also approved the formation of a consortium of DP World FZE and Hyperloop Technologies, as proponents of the original project, according to a statement from the chief minister’s office.

Hyperloop is an ultra-modern, superfast transport project, which is being implemented to link Mumbai and Pune, which are located around 200 kms apart. It will run from BKC in Mumbai to Wakad in Pune, covering a distance of 117.5 kms. The Hyperloop train will run at a speed of 496 kms per hour and cover the distance between the two cities in just 23 minutes, the statement said. At present, the travel time taken by trains between the two cities is three-and-a-half to four hours.

The FDI in the entire project, which will take seven years for completion, is to the tune of Rs 70,000 crores, the statement said. In the first phase, the project will be run on a pilot basis for 11.8 kms in the Pune Metropolitan region, at a cost of Rs 5,000 crores, it added.

The Virgin Group has announced that it has signed an ‘ intent agreement’ with the Maharashtra government, for a hyperloop transportation system, which will reduce the travel time between Mumbai and Pune to 20 minutes

February 19, 2018: The Virgin Group, on February 18, 2018, signed an ‘intent agreement’ with Maharashtra, to build a hyperloop transportation system between Mumbai and Pune, which aims to reduce the travel time between the two mega cities to 20 minutes, from the three hours at present. The first hyperloop route will link central Pune with the megapolis, as well as the Navi Mumbai international airport.

“We have signed an agreement with Maharashtra to build a Virgin Hyperloop between Mumbai and Pune, beginning with an operational demonstration track in the region,” Virgin Group’s chairman Richard Branson said, on the first day of the Magnetic Maharashtra investor summit in Mumbai. With easier access to airport gates, the loop will be able to ferry 150 million passengers every year.

The hyperloop route will be a fully electric system and will have the capability travel up to 1,000 kms per hour. The proposed project will begin after a six-month in-depth feasibility study, which will analyse and define the route alignment, including environmental impact, economic and commercial viability, the regulatory framework and cost and funding model suggestions. 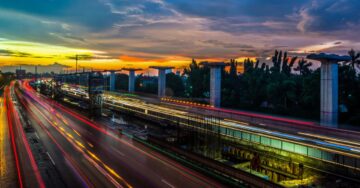 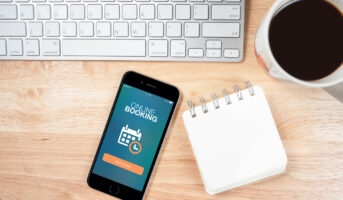