“MTHL, a very important area development project, will not only provide good connectivity with the new airport at Panvel and for the traffic towards Pune and Goa, it will also make available vast parcels of under developed land in Navi Mumbai, creating a positive impact on the development of the city,” Metropolitan Commissioner, UPS Madan said.

The executive committee of the MMRDA, headed by Maharashtra chief secretary Sumit Mallick, also appointed Systra MVA Consulting India as the detail design consultant for the Wadala-Ghatkopar-Mulund-Thane-Kasarvadavali Metro-4 corridor. It also appointed T&T Infra to construct a flyover at Navade Phata Junction to improve traffic network and ease congestion on NH-4. The project includes widening of NH-4 in the arena.

Madan further said the Wadala-Kasarvadavali Metro-4 corridor would not only provide quicker and safe mode of transport to the people from sister cities – Mumbai and Thane, but would also reduce vehicle trips on the route. 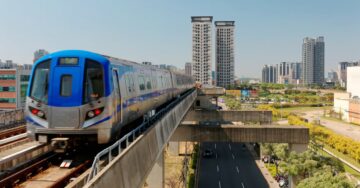 [fbcomments]
For any feedback, write to us at editor@housing.com.
https://seo.housing.com/api/v1/housing_news?tags=MMRDA,Mumbai%20Metro%204,mumbai%20metropolitan%20region%20development%20authority,Mumbai%20Trans%20Harbour%20Link,Navi%20Mumbai,Sewri