The 29.2-km-long Coastal Road project in Mumbai, will also give rise to the city’s longest promenades, overtaking the iconic walkway at Marine Drive in south Mumbai, a senior civic official has said. The proposed promenade – a part of the road set to be built along the city’s coast – will be 6.4 kms long, stretching from Worli to Priyadarshini Park, via Haji Ali in south Mumbai, he said.

“So far, Marine Drive, which is around 3.4 kms long, is the longest promenade in Mumbai. However, the promenade along the Coastal Road will be almost double its length, making it the longest public walkway in the city,” the official said on January 9, 2019. The new promenade will be 20 metres wide and will have gardens, playgrounds, cycle tracks, open auditoriums, toilets and seating arrangements for senior citizens, he said in a statement. It will also have three underground parking spaces, to accommodate around 1,625 vehicles, he said.

The walkway will come up on around 96.87 lakh sq ft area of reclaimed land. Of this, 22 per cent area will be used for the construction of the Coastal Road, while the remaining 78 per cent of land will be used for setting up public amenities, he said.

Once completed, the eight-lane 29.2-km-long Coastal Road will start from Princess Street Flyover in Marine Lines and run up to suburban Kandivali. The stretch will have tunnels, bridges, interchanges, pedestrian underpasses and foot over-bridges along the route. 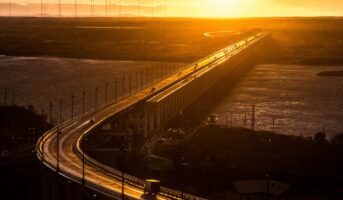