Maharashtra Urban Development Minister Eknath Shinde has ordered a review of two Metro routes in Thane city, a statement from his office said. At a meeting held in Mumbai on Friday, Shinde, who is guardian minister of Thane district, directed officials of the Mumbai Metropolitan Region Development Authority to carry out a survey and review the present routes of Thane-Kalyan and Kalyan-Taloja lines.

The minister’s decision came in the wake of demand by local villagers to change these routes for fear of displacement.

The SC has extended its stay on the felling of trees for the Mumbai Metro Line IV project, till the Bombay High Court takes a decision

The Supreme Court, on December 10, 2019, directed the Maharashtra government and the Mumbai Metropolitan Regional Development Authority (MMRDA) to not fell trees for its metro construction project in Mumbai, till the Bombay High Court takes a decision on the plea of an activist against the cutting of trees for the Metro IV line project. A bench comprising chief justice SA Bobde and justices SA Nazeer and Sanjiv Khanna also returned to the high court, the appeal of activist Rohit Joshi against an earlier order of the HC.

At the outset, the bench was told by the counsel for the government authorities that they have incurred a huge cost, due to the delay in the metro project and moreover, the high court is scheduled to hear a related plea on December 12, 2019. The counsel said the authorities had planted five trees as compensatory afforestation, in lieu of one tree felled. The bench then requested the high court to take up Joshi’s plea on the next date of hearing and pass an order.

The Supreme Court has restrained the Maharashtra government and its authorities, from chopping trees for its metro construction project in Mumbai for two weeks

December 3, 2019: A Supreme Court bench, comprising chief justice SA Bobde and justices BR Gavai and Surya Kant, on December 2, 2019, directed the Mumbai Metropolitan Region Development Authority (MMRDA) to maintain status quo on felling of trees for its Metro IV line project. “There shall be an injunction, restraining the concerned authorities from felling the trees for a period of two weeks from today,” the bench said while asking the counsel for activist Rohit Joshi to amend his petition, on the felling of trees for the Mumbai Metro project in Thane.

The top court also issued notices to the MMRDA and the state government and sought their replies in two weeks. Joshi had approached the apex court against the Bombay High Court’s order, which had upheld the permission granted by the Brihanmumbai Municipal Corporation’s (BMC’s) Tree Authority, to fell trees. The metro will start from the New Thane metro station in the old city area and will connect to Wadala-Kasarvadavli Metro at two places, namely the New Thane station and Dongripada.

The Maharashtra cabinet has cleared a 29-kilometre metro line for Thane which will be built at a cost of Rs 13,095 crores and is expected to be completed in four years

March 6, 2019: The Maharashtra cabinet, on March 5, 2019, cleared a 29-kilometre metro line for Thane, which will be implemented by the Maha Metro, on behalf of the Thane Municipal Corporation. A statement from the chief minister’s office said the project will take four years to be completed and will be built at a cost of Rs 13,095 crores. Of the 29 kms, 2.2 kms will be underground and the rest will be elevated, it added.

Guardian minister of Thane Eknath Shinde, said the cabinet has approved the proposal and it will help decongest the densely populated areas of the city. It will have 22 stations and is projected to have a daily ridership of 5.76 lakhs, once commissioned and its fares will range from Rs 17 to Rs 104, an official said. The metro will start from the New Thane metro station in the old city area and will connect to the Wadala-Kasarvadavli Metro at two places, namely the New Thane station and Dongripada. It will also have a link to the Thane-Bhiwandi-Kalyan Metro Line 5 at Majiwada Junction.

“The roofs of the metro stations have ample space and can fit about 10 lakh solar panels, which will provide about 65 per cent of the network’s energy requirements,” the statement said. “The intra-city metro line is expected to not only help citizens travel to different ends of the city but also aid those travelling to the neighbouring cities through its inter-modal system,” the statement said.

The 32-km Wadala-Ghatkopar-Thane-Kasarwadavali metro line is estimated to cost Rs 14,549 crore. The government expects to complete the project (Mumbai Metro Line 4), which will have 32 stations, by 2021.

After the commencement of services, the distance between Wadala (Mumbai) and Kasarwadavli (Thane) will be covered within 64 minutes.

The CM accorded approval to the project, during a meeting of the Mumbai Metropolitan Region Development Authority (MMRDA), an official statement said.

Fadnavis is the chairman of the MMRDA, which has undertaken a host of infrastructure projects, to improve traffic and transportations scenario in the financial capital and its surrounding areas.

The project will help connect Thane with Mumbai with a modern public transport system and have a huge impact on the development and areas around the corridor, the statement said. 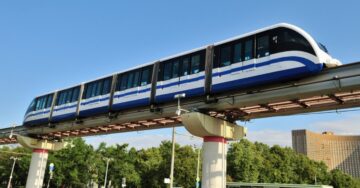 Mumbai Monorail: Despite delay of an hour, over 16,000 passengers traveled on day 1.

[fbcomments]
For any feedback, write to us at editor@housing.com.
https://seo.housing.com/api/v1/housing_news?tags=Devendra%20Fadnavis,Dongripada,Ghatkopar,Kasarwadavali,Maharashtra,Majiwada%20Junction,metro,MMRDA,mumbai,Mumbai%20Metro%20Line%204,mumbai%20metropolitan%20region%20development%20authority,Thane,Thane%20Metro,Thane%20Municipal%20Corporation.%20Wadala-Kasarvadavli%20Metro,Thane-Bhiwandi-Kalyan%20Metro,Wadala