Noida’s real estate market has performed better in H1 CY18, compared to the previous year, in terms of unit sales. Although new launches reduced by 10 per cent over last year, total sales jumped 77 per cent in H1 CY18, mostly concentrated in Noida Extension, according to data available from PropTiger Data Labs. This may seem surprising, given that Noida has been at center of all things that were wrong with residential real estate. Most of the projects in Noida are delayed by at least a year, with two of the top Noida-based developers going through bankruptcy and one developer from Gurugram with major projects in Noida behind bars. Most of the Noida developers have also not cleared the land dues of the Authority. Another surprise, is that 81 per cent of the units sold in Noida, were in under-construction projects.

“While the numbers in Noida are certainly better than the past few quarters, it is driven by a few good builders. Most of the market is still struggling to gain the trust of customers, which has been hit by non-delivery of homes. The initial implementation of UP RERA has also been weak and hence, there has been poor resolution of home buyers’ complaints. With the opening of a UPRERA bench in Greater Noida, we expect the situation to considerably improve. We are very positive about Noida, as this is the most affordable region of the NCR, with good connectivity to Delhi,” said Ankur Dhawan, chief investment officer, PropTiger.com.

Check out price trends in Noida

Noida has not only shown improvement in sales, but also in terms of deliveries. There was a 171 per cent increase in the number of homes that were offered to customers for possession in H1 CY18. However, there is still backlog of 3.19 lakh under-construction units in Noida and the next one year will be crucial, for developers to give deliveries to customers and revive customers’ confidence towards the market. Unsold inventory decreased by 16 per cent in H1 CY18, as compared to the same period last year, owing to significant improvement in sales. Presently, nearly 74,000 units are available for sale with developers.

Apart from Greater Noida and Noida Extension, Sector 150 Noida is another prominent locality, where large national developers such as Godrej have launched their projects. Noida Extension is likely to be the center of attraction in the coming year, as it is expected to deliver nearly 47 per cent of the total deliveries of Noida. Completion of the Noida-Greater Noida metro, will also drive demand in Greater Noida sectors such as Pari Chowk, Alpha and ETA. In the long term, Yamuna Expressway also looks attractive, as the construction of the Jewar Airport could start in the next one year. 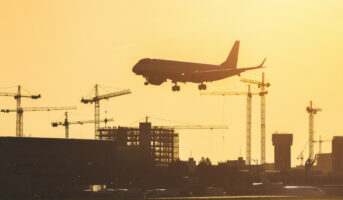 Your guide to buying a home in Greater Noida.