The Reserve Bank of India (RBI) has proposed to allow companies faced with insolvency proceedings, to tap funds through external commercial borrowings, to repay their debts. As per the existing guidelines, the proceeds of external commercial borrowing (ECB) denominated in either foreign currency or Indian rupee, are not permitted to be utilised for repayment or for on-lending for repayment of domestic rupee loans.

“The resolution applicants under Corporate Insolvency Resolution Process (CIRP) under the Insolvency and Bankruptcy Code (IBC), 2016, may find it attractive to borrow abroad to repay the existing lenders. In view of the above, it is proposed to relax the end-use restrictions under the approval route of the ECB framework, for resolution applicants under CIRP and allow them to utilise the ECB proceeds for repayment of rupee term loans of the target company,” the RBI said in a statement, on February 7, 2019.

RBI governor Shaktikanta Das said resolution under IBC is done by the National Company Law Tribunal (NCLT). “Our decision gives no room to fly-by-night operators to bring in money, just for the sake of bringing in money. There are other openings of bringing in money, we have ECB route, we have FPI (foreign portfolio investor) route,” Das said. It is a well-regulated process and only those companies, which have been identified under the resolution process, will be able to tap this route, he said. The RBI statement further said guidelines in this regard will be issued by the end of February 2019.

As part of the review of the FPI investment in corporate debt undertaken in April 2018, it was stipulated that no FPI should have an exposure of more than 20 per cent of its corporate bond portfolio to a single corporate (including exposure to entities related to the corporate). “FPIs were given exemption from this requirement on their new investments till end-March 2019, to adjust their portfolios. While the provision was aimed at incentivising FPIs to maintain a portfolio of assets, further market feedback indicates that FPIs have been constrained by this stipulation,” it said. In order to encourage a wider spectrum of investors to access the Indian corporate debt market, the central bank said, it is now proposed to withdraw the exposure limit.

The RBI will also come out with draft guidelines by the end of March 2019, to rationalise interest rate derivative regulations. This will help in achieving consistency and ease of access, with the eventual objective of fostering a thriving environment for management of interest rate risk in the Indian economy, it said. 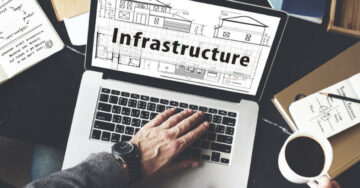 [fbcomments]
For any feedback, write to us at editor@housing.com.
https://seo.housing.com/api/v1/housing_news?tags=Corporate%20Insolvency%20Resolution%20Process,ECB,External%20commercial%20borrowing,Foreign%20portfolio%20investor,Insolvency,Insolvency%20and%20Bankruptcy%20Code,Insolvency%20law,National%20Company%20Law%20Tribunal,NCLT,RBI,reserve%20bank%20of%20India