To enhance connectivity between several districts in the state of Telangana, the construction of the Regional Ring Road Hyderabad (RRR Hyderabad) was planned. It will be one of India’s largest ring road projects and will be developed under phase 1 of the prestigious Bharatmala Pariyojana project, at an approximate cost of Rs 17,000 crores. The National Highways Authority of India (NHAI) will spearhead the development of this four-lane semi-greenfield expressway. As many as 17 national and state highways, including NH 65, NH 44, NH 163, NH 765, around 20 towns and 300 districts will be connected to the expressway.

See also: All about Bharatmala project

This access-controlled expressway, spanning 340 kms, will be constructed in two parts – northern half and southern half. As per the RRR road map, the Regional Ring Road Hyderabad villages and zones will include the locations mentioned in the list above.

Also read all about the Hyderabad master plan 2031

Check out price trends in Hyderabad

The state government began the land acquisition process for the project, after the approval given by the National Highway Authority. Plans have been made for the acquisition of 1785.5 acres of land. A private company has been appointed for conducting the survey to identify the areas where the ring road will pass. The marking is done through satellite with the help of the latest survey instrument for the construction of the road.

Officials have started the process of land survey for a part of the RRR project that falls in Yadadri Bhuvanagiri district.

The NHAI recently invited tenders from consultants for the preparation of a detailed project report (DPR). The date of the technical bid opening, which was earlier set for May 25, was extended up to June 2, 2021, considering the requests from bidders in the current pandemic situation. There were 20 consultants, including Global Infra Solutions, Infrastructure Development Corporation (Karnataka), Aarvee Associates, MSV International and STUP Consultants, which have submitted the bids for the preparation of the DPR for the northern part of the RRR Hyderabad project. The NHAI had informed that it would take a month, after which a firm would be finalised, to undertake the preparation of the DPR.

The state government will share 50% of the land acquisition cost. It had allotted Rs 750 crores for the project in the budget 2021-22. The deadline for the completion of this project has not yet been announced.

See also: All about the Hyderabad Metropolitan Development Authority (HMDA)

This infrastructure project will be constructed as per world-class standards and equipped with modern amenities. It will be located about 30-50 kms away from the existing Outer Ring Road (ORR) and is expected to increase the real estate demand in the neighbouring districts and localities, while also resulting in the creation of new satellite cities.

The Hyderabad property market has remained immune to the pandemic-induced slowdown and continues to witness increased demand for housing units. Among the new infrastructure developments, this mega road project will be a crucial factor in improving the connectivity between several backward regions, thereby, giving a push to trading and business activities and employment opportunities.

Once completed, the RRR project will invite opportunities for industrial growth. Moreover, the localities that the Regional Ring Road will cover, are likely to attract realty players and a growth in the number of gated community projects is envisaged.

The Socio-Economic Outlook 2021 presented by the government along with the budget, mentions that the road link will facilitate the setting up of new townships, IT parks, cold chains, agro-processing units, etc., by MSMEs and help farmers in selling their produce. Consequently, the satellite cities will see improved connectivity, thus leading to significant growth in the residential and commercial realty market. Additionally, properties for rent in Hyderabad will also see a positive impact due to the enhanced connectivity with the localities situated on the outskirts.

How many kilometres is Outer Ring Road in Hyderabad?

The Outer Ring Road (ORR) in Hyderabad spans a length of 158 kms.

The Andhra Pradesh government had set up a Special Purpose Vehicle (SPV) - the Hyderabad Growth Corridor Ltd (HGCL) - for developing and operating the ORR project in the city. 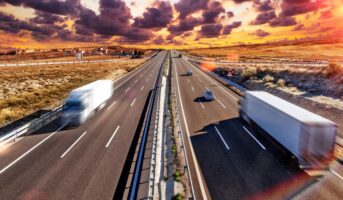 All about Bharatmala project. 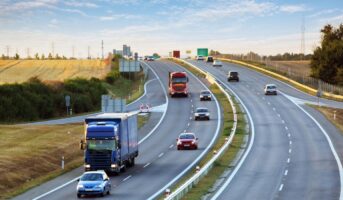 Everything that you should know about Delhi Amritsar Katra Expressway. Ambala Kotputli Expressway: Corridor map and status; route to be operational by 2022.