The UNESCO Asia-Pacific Awards for Cultural Heritage Conservation awards were announced, on October 14, 2019, at a ceremony held in Penang, Malaysia, marking 20 years since its institution. The four winners from India include one from Ahmedabad – Award of Distinction for Vikram Sarabhai Library, Indian Institute of Management (IIM); and three from Mumbai – Award of Merit for Keneseth Eliyahoo Synagogue and Our Lady of Glory Church; and an Honourable Mention for Flora Fountain.

The 155-year-old Flora Fountain was opened to the public earlier in 2019, after painstaking restoration. “The careful restoration of the fountain completes the series of conservation interventions, to revive the city’s many Victorian-era fountains, a collection of ornate civic monuments unique in India,” Bangkok-based UNESCO Asia-Pacific tweeted after announcing the winners. Mumbai-based architect Vikas Dilawari, who was the main consultant for the Flora Fountain restoration project, was ecstatic and called it a ‘great moment for India’ as it bagged four of the 16 awards. “We hope this achievement and recognition by UNESCO will mean that both, governments and people, will give heritage conservation a chance. In a rapidly urbanising India, we keep sacrificing our heritage in the name of development.”

For Keneseth Eliyahoo Synagogue, UNESCO said, the restoration was ‘undertaken with generous private sponsorship’ that ‘celebrates the cultural plurality of Mumbai’. While announcing the Award of Distinction for Vikram Sarabhai Library at IIM-A, whose building was designed by noted architect Louis Kahn, the UNESCO said, ‘the restoration of the monumental heralds an important step forward in the preservation of 20th century architecture in India (sic)’.

Following the restoration of Mumbai’s 155-year-old Flora Fountain, a team of experts has given its recommendations to the BMC for the maintenance of the iconic structure

August 19, 2019: A team of experts, which had worked on the restoration of the 155-year-old Flora Fountain in Mumbai, has offered a set of recommendations to the civic body, for its upkeep. INTACH’s (Indian National Trust for Art and Cultural Heritage’s) Nilabh Sinha, a material heritage expert, said monsoon and subsequent waterlogging were ‘major concerns’ for the maintenance of the ornamental fountain that is a veritable city landmark. “We restored the fountain painstakingly, fixed the broken fingers and chipped stones in the structure. Now, it is restored and under the BMC and they will have to ensure that its glory is maintained,” he said.

Sinha, principal director, art and material heritage division of INTACH and INTACH Conservation Institutes, when asked about the modern interventions that had been introduced to the structure over the decades, said, ‘cement and enamel’. “We had to remove layers and layers of those, plus white washing had also been done over its Portland stone surface. So, we had to remove all of that very carefully before doing the main work,” he said. “We have given a set of recommendations to the corporation on maintenance of this iconic structure, especially during and after the monsoon as waterlogging will spell trouble for its surface,” he said. The restored fountain was opened to the public early in 2019.

In 1860, the then Bombay governor, Sir Bartle Frere demolished the Old Fort, as part of his efforts to improve civic sanitation and the urban space requirements of the growing city. The Bombay Fort was built between 1686 and 1743 by the British East India Company with three gates – the Apollo Gate, the Church Gate and the Bazaar Gate, a moat, an esplanade, level open space on its western fringe and residences, according to INTACH. Consequent to the demolition of the Fort, the Flora Fountain was ‘erected at the exact place where the Church Gate stood before its demolition’, Sinha said.

Restored Flora Fountain in Mumbai, to be unveiled on January 24, 2019

Restoration of the 156-year-old Flora Fountain in south Mumbai has been completed and the iconic landmark will once again be open for public viewing from January 24, 2019, a civic official has said

January 24, 2019: As the restoration of the iconic Flora Fountain in south Mumbai has been completed, the monument is set to be unveiled on January 24, 2019, civic officials said. However, the work of giving a face-lift to the area around the heritage structure and landscaping, will take another few months to complete, they said.

The work to renovate the 153-year-old Gothic Revival architecture was given to the Indian National Trust for Art and Cultural Heritage (INTACH), by the BMC in September 2016. However, the organisation had stopped the work towards the end of 2017, due to paucity of funds. The restoration work resumed in March 2018. Flora Fountain is an ornamentally and exquisitely sculpted architectural heritage monument located in the Fort business district, in the heart of the southern part of the city. Built in 1864, the decorated structure is a fusion of water, architecture and sculpture, depicting the Roman goddess Flora. 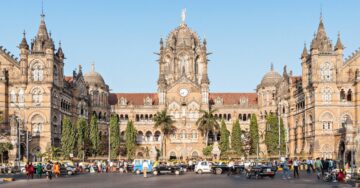 Mumbai’s CSMT junction to get makeover on the lines of New York’s Times Square. 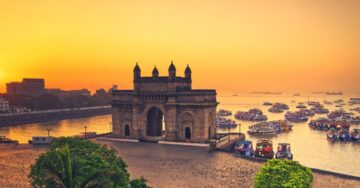 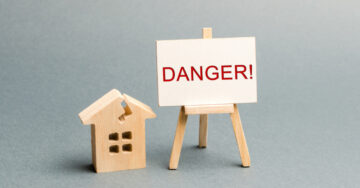 Mumbai property tax exemption: BJP clarifies that all components will be waived.