Home » Must Knows » Home Loans » Reverse mortgage: What are the tax liabilities

Under the Reverse Mortgage Scheme (RMS), a senior citizen can opt to receive an additional source of income on the security of an owned residential house, without having to service it during his lifetime. Under RMS, a senior citizen has two options. Either he can opt to receive periodical or lump sum payments from the bank directly, or he can buy an annuity with the help of the lump sum amount paid by the lender, to a life insurance company. This article deals with the tax implications of both options.

Receiving money from the lender

As per the tax laws, profits made on the transfer of a capital asset is treated as a capital gain and taxed. However, Section 47 (16) of the Income Tax Act, 1961, provides that the act of mortgaging the property for reverse mortgage, will not be treated as a transfer. So, there will not be any tax liability arising at the time of mortgaging the property.

Please note that if the borrower or his legal heirs decide not to sell the property but pay the dues fully from other resources, no tax implications will arise as redemption of the property also does not amount to transfer.

With regards to the periodical or lump sum payments from the bank, as per the provisions of Section 10 (43) of the Income Tax Act, 1961, any amount received whether lump sum or installments from banks, is fully exempt from tax. Under RMS, there is no tax implication till the property is disposed off.

Instead of receiving direct payments from the bank, the borrower requests the lender to hand over the eligible amount in a one-time lump sum amount to the life insurance company. The company in turn, agrees to pay periodical amounts to the borrower, which is treated as an annuity. The tenure and amount of the annuity depends on the options exercised by the borrower. It could be for the lifetime of the borrower which may be more than the period of 20 years stipulated for direct payments from the bank under the RMS.

In such a transaction, the loan is provided by the lender to the borrower but is handed over to the life insurance company. So, the transaction of disbursing the money is not treated as transfer for the purpose of capital gains. However, the tax treatment of annuity received, is different from the payments directly received from the bank. As per the Indian tax laws, any annuity received is taxable income under the head, ‘Income from other sources.’ Some amendments were made in the RMS in 2013, so as to provide for payment of lump sum payment to the life insurance companies under the scheme. However, corresponding amendments were not made in Section 10 (43) to make the receipt of annuity from life insurance companies as exempt. So, the annuity received continues to be taxable.

(The author is a taxation and home finance expert, with 35 years’ experience) 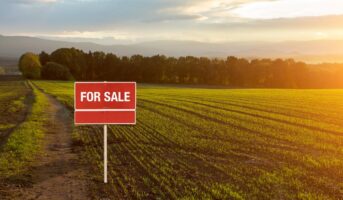 Investment in land: Here’s what you should know.

How to calculate income from house property. 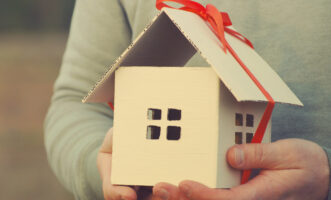 [fbcomments]
For any feedback, write to us at editor@housing.com.
https://seo.housing.com/api/v1/housing_news?tags=annuity,capital%20gain,income%20from%20other%20sources,Income%20Tax%20Act,life%20insurance,lump%20sum%20payment,mortgage,property,real%20estate,residential%20house,reverse%20mortgage,Section%2010%20(43),Section%2047%20(16),tax