Whether the price is Rs 2.5 crores for an apartment at Marina ONE in Kochi or Rs 50 crores for an apartment at Omkar 1973 in Mumbai, affluent Indians would not mind shelling out a fortune, for waterfront properties. Although property prices at hill stations are a fraction of those facing the sea, affluent Indians prefer to invest in sea-facing properties, according to a pan-India survey by Track2Realty, a real estate think-tank group. A large number of rich Indians, as many as 68 per cent, would prefer to invest in a sea-facing property, while 24 per cent Indians would prefer a hill station and the remaining eight per cent are either not sure or have a number of other destinations in mind, finds the survey.

The survey was aimed at understanding the aspiration of affluent Indians, vis-à-vis their choice of luxury property destination. Track2Realty conducted this survey in 14 cities – Delhi, Gurugram, Chandigarh, Mumbai, Pune, Kolkata, Bhuvneshwar, Thiruvananthapuram, Coimbatore, Kochi, Hyderabad, Chennai, Bengaluru and Ahmedabad. A structured set of questions to ascertain the luxury quotient, lifestyle choices, living aspirations, holiday destinations and work-life balance was given to them. All the respondents were affluent Indians with higher affordability than the median income of the given city.

The results show that-sea facing properties have a clear edge over hill stations, which are mostly seen only as holiday homes. Among the Indians who prefer waterfront properties, as many as 78 per cent maintain that coastal homes are more than just holiday homes, unlike most of the hill stations. A larger number of respondents, 82 per cent, feel that a sea-facing property in most of the coastal cities, offers good work-life balance, with opulence and luxury.

Even when the affluent home buyers were segregated into three categories – active professionals, holiday home buyers and retirees – the results were tilted in favour of coastal houses in each of the categories. Among active professionals, 82 per cent preferred sea-facing properties and only 14 per cent wished for a hill station house. The remaining four per cent had either not made up their mind or had other choices. Although the choice was more balanced among holiday home buyers, 52 per cent of them still opted for a coastal property, followed by 42 per cent for hill stations, while six per cent had other choices. Among affluent Indians looking for a retirement home, as many as 70 per cent wished to have a property along the coast, followed by 28 per cent for hill stations, while the remaining two per cent were unsure.

More than half of high net-worth Indians (52 per cent) feel that the exorbitant cost of sea-facing properties is justified, due to the high land cost and higher demand in the segment. A larger number, 64 per cent, said that the sea-facing properties in the cities have more leisure and recreational amenities, than residential projects in hilly terrains.

Connectivity with social infrastructure of the main city, was cited as an investment magnet by 60 per cent of the respondents. Contrary to the perception that a hill station should be the preferred choice for those who weather the chaotic city life, as many as 54 per cent said that a luxury sea-facing property brings a holiday destination to one’s doorstep. What exactly is so tempting about a sea-facing property? According to the respondents, 38 per cent were tempted by the luxury living that it offers, 34 per cent liked the view of the sea and sun, while 28 per cent felt that the overall livability index (including air quality) was better.

Waterfront home locations that are in demand

“With Kerala having a sizeable population of NRIs, whose lifestyle and aspirations are scaling up, I feel the costliest properties of today would look like affordable properties in the years to come. While the Fort area is also an attraction for villa lovers, Kochi’s Marine Drive is the location to watch out for, owing to the kind of luxury apartments that are coming up in this area,” says Mariyam Kutty, a trader in Kochi.

Even a sizeable population of the rich in Delhi-NCR that has traditionally invested in hill stations like Shimla, Mussoorie and Dehradun, has a fancy for sea-facing properties. As many as 57 per cent would love to have a beach property. The top choice for north Indians is Goa. “I invested in a hill station property in Solan, near Shimla, as it was affordability and at a convenient location of a few hours’ drive away. Nevertheless, the quest is always for a property along a beach. Since property rates in coastal locations, like Mumbai are very high, I feel Goa is a top pick for most of us in north India,” says Surinder Khosla in Delhi.

Finally, with respect to returns on investment, more than three-fourths (78 per cent) maintain that a coastal property has better rental potential and rental returns, than a property in a hill station. 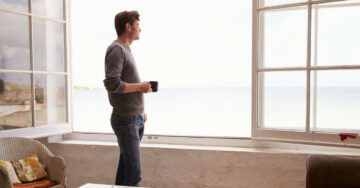 Do holiday home buyers want a holiday or ROI: A survey. 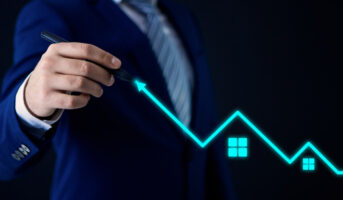 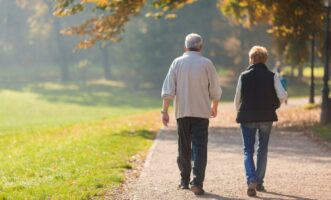