Santacruz west, in Mumbai, is one area that is being targeted by working professionals, as it offers them proximity to their workplace, as well as a luxurious lifestyle, owing to the presence of residential catchments. In the past, most of the residences used to be small bungalows, which are now being replaced by high-rise buildings. Aditya Kedia, managing director, Transcon Developers says, “It is primarily a residential area, with the market situated near the railway station. Santacruz west offers a balanced mix of developments, including corporate office spaces and commercial areas.” Santacruz west is strikingly more affluent than its eastern counterpart. The area is in close proximity to Khar, Bandra, Juhu and Vile Parle, with posh residential developments around.

Rani Mehta shifted to Santacruz west three years ago, from Bhuleshwar, when the diamond bourse shifted to the Bandra-Kurla Complex (BKC). “Besides being one of the affluent areas of Mumbai, we bought a house in Santacruz west, as it is convenient to reach Juhu, Vile Parle and Bandra. Moreover, we are frequent flyers due to our business and the domestic terminal (T1) of the Mumbai Airport is nearby. Hence, the purpose of staying near our work place and easy commute to our business partners’ office, are both served by living in this area. Additionally, this area is served by the Western and Harbour lines of the suburban railway network,” explains Mehta.

Properties on offer and prices in Santacruz west

Many developers are offering apartments with luxurious amenities in the area. New projects have amenities like gymnasiums and swimming pools in the complexes. Nevertheless, one can get two and three-BHK apartments and even bungalows at a good price. Average property prices in Santacruz west range between Rs 28,000 and Rs 45,000 per sq ft, in terms of capital values.

Connectivity and transportation in Santacruz west

Santacruz west is well-connected via rail and road. The Milan and Khar subways connect the eastern and western parts. Recently, the Milan Flyover was built, which has improved connectivity between Santacruz east and west, thus, making it easier to commute to and from the Western Express Highway. Nishi Sheth, a local broker, points out that many companies are also opening their guest houses in the area, as it is close to the international and domestic airport. “It is easy for the executives of these companies, to travel from this location to the office and other destinations. Having a property that is close to the airport, helps them to save on hotel expenses. As a result the demand for properties in the area, is increasing,” Sheth elaborates.

Santacruz west is well-connected with the eastern suburbs, through the Santacruz–Chembur Link Road (SCLR) and the Eastern Express Highway (EEH) that passes through Chembur. The Mumbai Metro is also set to improve connectivity to Santacruz west, with the planned Line III between Colaba in south Mumbai and the Santacruz Electronic Export Promotion Zone (SEEPZ).

The area has good shopping markets and malls, banks, hospitals and other recreational facilities. It also has well-known educational institutions, such as Sadhana School, Podar School, SNDT Women’s University and St Lawrence High School. The Juhu airplane garden in the vicinity, is popular among children and senior citizens. Juhu beach and ISCKON temple are also easily accessible from Santacruz west. Prominent business hubs like Bandra-Kurla Complex and Seepz, are only a few kilometres away.

Check out properties for sale in Santacruz west

Mehek Jain, a jewellery consultant, who bought a three-BHK in Santacruz west says, “I bought the flat, as it had all the amenities that I was looking for, including security and recreation. Also my travelling time has reduced and I am able to focus on my business and personal life more.” 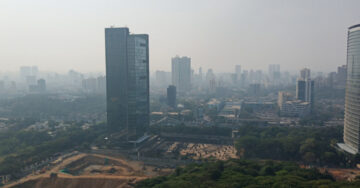 Chembur: From an industrial suburb to a prime property market. 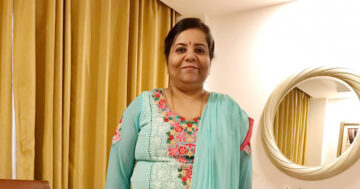 Life in Chembur: Queen of the eastern suburbs but pollution a concern.