Mumbai, which is often criticised for being saturated, also has some under-valued and lesser-known real estate micro-markets that could transform into property hotspots, owing to infrastructure developments in the city. Most of these ‘hidden jewels’ are in the regions of Thane and beyond and Navi Mumbai.

How to spot an upcoming location

“The key, here, is to spot the future location. Of course, the first movers’ challenge is there but if you get it right, you can hit a goldmine. It is time to think beyond the established criteria of ‘location, location and location’ and explore future locations,” says Pranay Vakil, chairman of Praron Consultancy. For example, Powai was once a deserted location but it has now emerged as a key business and residential destination. Similarly, Thane has shaped up as one of the most affordable and promising markets.

Parth Mehta, managing director of Paradigm Realty, points out that location likes Dahisar and Borivali are currently undervalued. These locations will have improved connectivity, when the metro rail comes up and with the execution of the six-lane Borivali-Thane tunnel. Once the infrastructure in these locations improves, there will be good appreciation in prices, he says. “Strategic Business Districts are likely to evolve beyond Mumbai, where there will be concentrated business units and industries operating. With the plan for 100 Smart Cities, we are likely to see a lot of new, high-potential markets emerging,” says Mehta.

Harjith D Bubber, MD and CEO of Rivali Park, CCI Projects, believes that some parts of Kandivali east and Borivali have good potential for appreciation and will witness demand because of the upcoming metro line in the vicinity.

Areas like Vasai and Virar will also turn out to be preferred locations because of connectivity, he says. “Thane, Khargar, Panvel, Vasai, Virar and Nalasopara markets have outperformed the established markets of Mumbai. Thus, a lot of tier-1 developers are moving towards these markets,” adds Bubber.

There are several hidden jewels, like Kalwa and areas beyond Thane, etc., and the key to the appreciation potential of these areas, will be infrastructure development, he explains.

Infrastructure fuels the development of micro-markets

The proposal to develop Kolshet in Thane into a transport hub, makes it a future residential hotspot. Already, in the last one year, property prices in the region grew by 6%. Similarly, in Navi Mumbai, Ulwe received an infrastructure boost worth Rs 13 crores in December 2016. CIDCO has also planned to develop Kharghar on the lines of the Bandra-Kurla Complex (BKC). Kalina is also benefiting from its proximity to BKC and repositioning itself as an ultra-luxury residential address from a central business district (CBD). The spillover demand from the upper middle-class segment, makes this region an attractive proposition for the future.

Similarly, the housing market will benefit immensely from ambitious projects such as the Mumbai Trans-Harbour Link and Wadala-Ghatkopar-Mulund-Thane-Kasarvadavli Metro-4 corridor. The proposed metro line connecting Lokhandwala, Jogeshwari, Vikhroli and Kanjurmarg, has already begun to propel property rates in Jogeshwari (west) and will impact also regions like Powai.

In Navi Mumbai, Ghansoli looks very attractive, due to its strong connectivity to Thane, Navi Mumbai’s MIDC area and Santacruz Electronics Export Processing Zone (SEEPZ) and the Ghansoli-Palm Beach Road. Localities such as Taloja, Roadpali and Kalamboli may not be top destinations at present, but have good potential for the future. The fact that the property prices are yet to appreciate makes these markets, makes them an even more attractive proposition.

What Mumbai’s upcoming localities have to offer 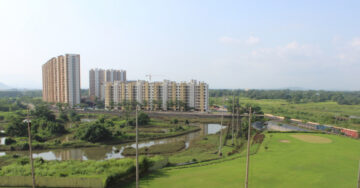 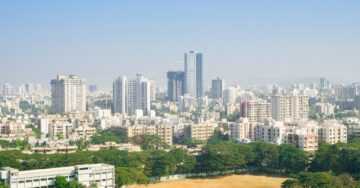 [fbcomments]
For any feedback, write to us at editor@housing.com.
https://seo.housing.com/api/v1/housing_news?tags=Bandra-Kurla%20Complex,Bhiwandi,BKC,Borivali,CCI%20Projects,CIDCO,Dahisar,Dombivali,Ghansoli,Ghatkopar%20east,Jogeshwari%20west,Kalamboli,Kalina,Kalwa,Kalyan,Kandivali%20east,Khargar,Kolshet,Mira%20Bhayander,mumbai,Mumbai%20Metropolitan%20Region,Mumbai%20Trans%20Harbour%20Link,Nalasopara,Navi%20Mumbai,Nijampur,Panvel,Paradigm%20Realty,Powai,Praron%20Consultancy,Property%20Hotspot,real%20estate,Rivali%20Park,Roadpali,Taloja,Thane,Ulwe,Vasai,Virar,Wadala-Ghatkopar-Mulund-Thane-Kasarvadavli%20Metro-4%20corridor