In a major relief to over 42,000 home buyers, the Supreme Court, on May 17, 2018, allowed three co-developers to complete the 12 stalled projects of Amrapali Group, in the next six to 48 months. The top court asked the Amrapali Group to deposit Rs 250 crores in four weeks in an escrow account, to be paid to the co-developers, on completion of the projects. A bench of justices Arun Mishra and UU Lalit had, on May 16, asked the home buyers, Noida and Greater Noida authorities and the promoters, to sit together and submit business plans for completion of stalled projects of the Amrapali Group in a fixed time period.

The bench asked the Noida-based real estate firm Galaxy Group, to complete six projects – Saphire-I, II, Leisure Park, Leisure Valley, Eden Park, Green Valley and Heartbeat City – of the Amrapali Group in six to 48 months. The six projects will cater to 27,000 to 28,000 hassled home buyers. Advocate Amit Goel appearing for Galaxy developers said that it has submitted its credentials like financial standing and track records to the apex court earlier this month. He said that the developer would make an investment of over Rs 2,500 crores in the next four years for the six stalled projects of Amrapali Group.

The apex court, which had created four baskets of projects at different stages of completion but stalled due to the insolvency proceedings against Amrapali Group, gave the Princley Estate project to another co-developer Kanodia Cement. Another co-developer IIFL-Viridian consortium, was given the task of completion of five projects – Zodiac, Platinum, Tech Park, Golf Homes and Centurian. The co-developers were asked by the court to give their undertakings for completion of the project within seven days and posted the matter for further hearing on July 18, 2018.

With regard to home buyers seeking refund of their investments made in the projects, the apex court asked them to file an application by next month and it will deliberate upon them and devise a mechanism for paying back of the money. After the discussions with promoters, home buyers and Noida and Greater Noida authorities, four baskets of different projects were created and affidavits were filed in court, giving the business plans including details of co-developers, construction status of projects and timeline for each of the projects.

The apex court had on May 10, 2018, spotted diversion of funds to the tune of over Rs 2,700 crores by the Amrapali Group and sought the details of financial transactions made by the company and its statement of accounts, in the next five days. It had said that the ‘jigsaw puzzle’ created by the company, facing insolvency proceedings initiated by creditor banks for not repaying loans, had to be solved so that the hassled home buyers could be granted relief.

On April 25, 2018, the apex court had said it would like to be assured of the financial standing and credentials of a company, which is willing to take over some of the projects of Amrapali Group, observing that the home buyers ‘cannot be just thrown to a frying pan’. The Amrapali Group had then given the details of its ongoing housing projects, stages of work and the likely time to complete construction. The company, had earlier told the top court in an affidavit that it was not in a position to complete the projects and hand over possession of flats to over 42,000 home buyers in a time-bound manner. Fix problems in buildings by May 7, 2018, or face consequences: SC to Amrapali. 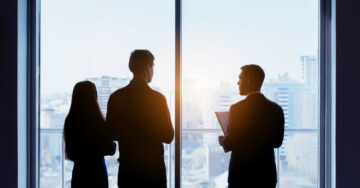 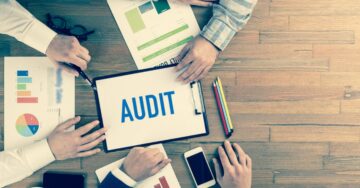 [fbcomments]
For any feedback, write to us at editor@housing.com.
https://seo.housing.com/api/v1/housing_news?tags=Amrapali,Amrapali%20Group,Centurian,Co-developer,Eden%20Park,Galaxy%20Group,Golf%20Homes,Greater%20Noida%20Authority,Green%20Valley,Heartbeat%20City,IIFL-Viridian,Insolvency,Kanodia%20Cement,Leisure%20Park,Leisure%20Valley,Noida%20Authority,Platinum,Princley%20Estate,Saphire-I,Saphire-II,SC,Supreme%20Court,Tech%20Park,Zodiac