Irked over non-submission of money, the Supreme Court on April 17, 2017, decided to sell Rs 34,000 crores worth properties of the Sahara Group at the Aamby Valley and sought Subrata Roy’s presence next week, when it could consider sending him back to jail. “As no amount has been deposited by the contemnor (Roy), we are inclined to go ahead with the auction for Aamby Valley City near Lonavala, in Maharashtra,” a bench headed by justice Dipak Misra said.

Making its mind clear, the bench, which also comprised justices Ranjan Gogoi and AK Sikri, said the interim orders granting reliefs, including parole to Roy, “Shall remain in force till April 27, 2017, as on that day, this court may rethink of varying the interim order of bail and think of sending the contemnor (Roy and others) to custody.” During the hearing, the bench said, “Enough is enough. You cannot say something today and resile tomorrow” and took strong note of the non-submission of money. The bench also cautioned Roy from playing with the court’s order and said non-compliance of its order would invite the wrath of the law.

See also: Aamby Valley will be auctioned if Rs 5,000 crores not paid: SC to Sahara

The court agreed to amicus curiae Shekhar Naphade’s suggestion that the Official Liquidator (OL) of the Bombay High Court, be directed to conduct the sale and asked Roy and market regulator SEBI, to provide necessary details of Aamby Valley properties to the OL within 48 hours of receipt of the order. It directed the apex court registry to send a copy of its order to the OL, who, in turn, must complete the exercise of valuation within ten days and send a report to this court. “Arvind P Datar, senior counsel being assisted by Pratap Venugopal, counsel appearing for SEBI, shall provide the necessary details of the said property to the OL, who, with his team, shall make the valuation and proceed with the auction,” the bench said.

Court’s observations on the sale of Sahara’s Hotel Plaza

The bench also took strong note of the affidavit of one Prakash Swamy, power of attorney holder of MG Capital Holdings LLC, New York, USA, that there was difficulty in going ahead with the transaction of purchasing Sahara’s Hotel Plaza. It took note of the fact that the company did not deposit Rs 750 crores with the SEBI-Sahara Refund Account, to show its bonafide in purchasing the Hotel Plaza, valued at USD 550 million. “As an affidavit of this nature was filed before this court, we would like Rana Mukherjee, senior counsel appearing for Union of India (UOI), to intimate the Ministry of External Affairs, so that Dr Prakash Swamy does not leave India. The UOI shall also issue a red corner notice against Dr Prakash Swamy,” the court said.

It further directed Swamy to deposit a sum of Rs 10 crores in the SEBI-Sahara Refund Account within ten 10, which shall be forfeited towards costs, failing which, this court may issue non-bailable warrants for his arrest. The apex court also asked Swamy, a Chennai resident, to deposit his passport before the Regional Passport Officer in Chennai’s, Shastri Bhawan. Swamy will have to appear before the court on April 27, it said, adding that the Superintendent of Police of Chennai be informed to ensure his presence.

Responding to the apex court’s order, the Sahara Group, in a statement, said “Sahara is committed to making the payment of Rs 10,000 crore plus, within July/August 2017. However, the court is not accepting it but asking for the auction of Aamby Valley. For the last three hearings, the court is insisting on Aamby Valley’s auction. The market valuation of Aamby Valley is above Rs one lakh crore. So, auctioning under distress, will give undue favour/benefits for any bidder.” The group also said that it “Has deposited around Rs 12,000 crore in the last 4 years, which, on an average, is Rs 250 crores per month deposit in the SEBI-Sahara account. By any Indian corporate standard, Rs 250 crore every month for 48 months is a huge amount. So, Sahara should be appreciated for obedience of the court’s order.”

It also said Sahara has made these payments, despite the fact that it has already repaid more than 93 per cent of its liability of OFCD of the two companies, M/s Sahara India Real Estate Corporation Limited and M/s Sahara Housing Investment Corporation Limited. “Meaning, Sahara has already paid more than Rs 22,000 crore of liability and this Rs 12,000 crore is in addition. That is duplication of payment. The court should understand and do justice. Otherwise, a 39-year-old company with 12 lakh workers earning their bread and butter shall collapse,” it said. 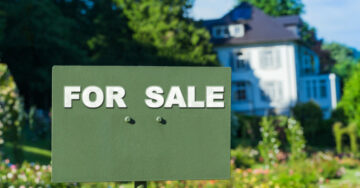 [fbcomments]
For any feedback, write to us at editor@housing.com.
https://seo.housing.com/api/v1/housing_news?tags=Aamby%20Valley,Aamby%20Valley%20City,auction,bombay%20high%20court,Hotel%20Plaza,Lonavala,Maharashtra,Official%20Liquidator,property,real%20estate,Sahara,Sahara%20Group,Sahara%20Housing%20Investment%20Corporation%20Limited,Sahara%20India%20Real%20Estate%20Corporation%20Limited,SC,SEBI,SEBI-Sahara%20Refund%20Account,Subrata%20Roy,Supreme%20Court