The Supreme Court, on January 30, 2018, asked the Enforcement Directorate to file a reply on the petitions of Karti Chidambaram and a firm, against the provisional attachment of their properties in connection with a money laundering probe in the Aircel-Maxis deal case. A bench of justices Arun Mishra and Amitava Roy, sought a detailed reply from the ED by March 8, 2018, after the agency said it needed time to file some additional documents in the case.

Senior advocate Anand Grover, who was appointed by the apex court as special prosecutor in the 2G cases and was representing the ED, said although they have filed some documents, some additional papers need to be filed and hence, some time should be granted. “You file reply to all the petitions of the petitioner, including the interlocutory applications by March 8, 2018,” the bench said.

Karti and two companies, including Advantage Strategic Consulting Private Ltd (ASCPL), had challenged the ED’s decision, to provisionally attach their assets under the Prevention of Money Laundering Act, in connection with alleged proceeds of crime in the Aircel-Maxis deal.

The ED, on September 25, 2017, had attached assets worth Rs 1.16 crores of Karti and a firm allegedly linked to him, in connection with the probe in the Aircel-Maxis case. A provisional attachment order, signed by the joint director and investigating officer of the 2G spectrum allocation cases, Rajeshwar Singh, was issued under the PMLA, for attaching the assets.

The case pertains to the Foreign Investment Promotion Board (FIPB) approval granted in 2006, by P Chidambaram, with the ED saying it was probing ‘the circumstances of said FIPB approval granted by the then finance minister’. It had said that the FIPB approval in the Aircel-Maxis FDI case was granted in March, 2006, by the then finance minister, even though he was competent to accord approval on project proposals only up to Rs 600 crores, while those beyond this amount, required the approval of the Cabinet Committee on Economic Affairs (CCEA).

“In the instant case, the approval for FDI of 800 million USD (over Rs 3,500 crores) was sought. Hence, the CCEA was competent to grant approval. However, approval was not obtained from the CCEA,” it had alleged. It had also alleged that a payment of Rs 26 lakhs was made by Aircel Televentures Limited to ASCPL, the firm allegedly linked to Karti, within a few days of the FIPB approval. The ED is probing the Aircel-Maxis deal under the PMLA, after taking cognisance of a 2011 CBI FIR in the case. 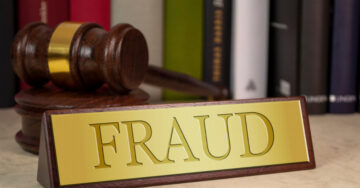