Official data, updated till October 2017, shows that assets worth Rs 1,833 crores have been attached by the Income Tax (I-T) Department, for which it issued over 517 notices and made 541 attachments.

Central Board of Direct Taxes (CBDT) chairman Sushil Chandra, said that the I-T Department would continue taking strong action against benami asset holders, under its sustained action plan and that this action will not stop. “I can assure you that this probe will not end. We are obtaining more data and information from all available avenues, on such assets. More such instances and assets will be identified and strong legal action will be taken,” he said.

Prime Minister Narendra Modi, during a recent election rally in Himachal Pradesh, also hinted at a sustained crackdown on benami properties. After the prime minister announced the withdrawal of Rs 500 and Rs 1,000 notes, the two highest value banknotes of the time, from circulation on November 8, 2016, the I-T Department had warned people against depositing their unaccounted banknotes in accounts maintained by someone else. Such an act, it had said, would attract criminal charges under the Benami Property Transactions Act, 1988, applicable on both movable and immovable properties.

The I-T Department is the nodal department to enforce the Benami Act in the country. The department started initiating actions under the new Benami Transactions (Prohibition) Amendment Act, 2016, from November 1, 2016. The law provides for a maximum punishment of seven years in jail and a fine. 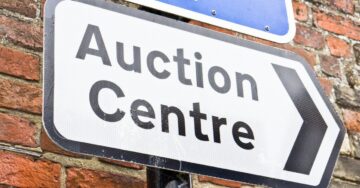