A Supreme Court bench of chief justice Ranjan Gogoi and justices SK Kaul and KM Joseph, on October 8, 2018, asked the Reserve Bank of India (RBI) to communicate, within six weeks, its decision to public trust ‘Moneylife Foundation’, which has filed a representation alleging that banks and financial institutions (FIs) take a tardy approach in lowering interest rates, despite the central bank’s decision on the repo and reverse repo rates. The Reserve Bank of India undertakes bi-monthly monetary policy review and sets the repo rate – at which it lends money to the banking/financial system, setting the tone for the interest rate regime which impacts, among others, EMI for home and auto loans. Reverse repo is the rate at which it borrows money from banks.

“According to the petitioner(s), it has not been informed of the result of such consideration leaving the petitioners, with no option but to approach this court. We are of the view that, at this stage, the Reserve Bank of India should be directed to communicate its decision, in the matter covered by the representation/ letter of the petitioner(s) dated 12.10.2017 to the petitioner(s) within a period of six weeks from today,” the bench said. It granted liberty to the trust and others, to approach the court once again, if they are not satisfied with the response of the RBI.

The PIL has challenged the manner of implementation of the Reserve Bank of India (Interest Rate on Advances) Master Directions 2016, by banking companies in the country. Confining the plea to the loans taken on floating interest rates, it said so far as such home, education and consumer loans are concerned, the interest rates moved up or down depending on the interest rate situation. It said: “When RBI raises the repo and reverse repo rates, i.e., the rates at which it lends to/ borrows from the commercial banks, the interest rate on the loan would normally be expected to move up. In contrast, when the RBI reduces the repo rates, the interest rate ought to normally to go down, to the advantage of the consumer. That is the common understanding of floating rates.”

The plea said, however that the reduction in interest rates was not being passed on to old consumers by the banks, on one pretext or another. “The main issue is that whenever the interest rate goes down, the new borrowers are offered a lower interest rate, with respect to similar small loans in the fields of housing, education and consumer goods. There is minimal or often no reduction in interest rates of old borrowers. Effectively, the banks are changing the rate for one set of customers and not the others. This is gross discrimination, in as much as it is in the teeth of equal protection of law enshrined under Article 14 (right to equality) of the constitution. This unfair and discriminatory, as has been remarked by the RBI’s own study group,” it said. Banks swiftly raise the lending interest rates the moment the RBI repo rate is raised and the very same banks drag their feet when the RBI repo rate is brought down, it alleged.

The plea has sought a direction to banking companies and NBFCs, to calculate the amount of excess interest that has been charged to the existing borrowers under the floating rate regime by denying the benefit of lower rates, so as to pass through the benefit of a reduction in the interest rates to the existing consumers. The excess amounts be transmitted to a central corpus under the aegis of the RBI and refund of such overcharged amount be directed to the borrowers, by crediting the accounts through a centralised scheme to be framed by the RBI, it said. 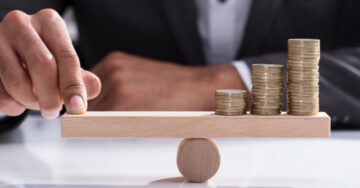