The central government, on April 18, 2018, told a Supreme Court bench of justices Madan B Lokur and Deepak Gupta that the special task force (STF), which would be set up to oversee the enforcement of laws to deal with unauthorised constructions and encroachments in Delhi, would also examine safety aspects, like fire-fighting, in buildings like schools, hospitals, theatres and restaurants, which have been built legally, to see whether they complied with the norms.

Additional solicitor general (ASG) ANS Nadkarni, appearing for the centre, told the bench that they have added one representative from the office of Delhi’s Lieutenant Governor in the task force, which would be chaired by the vice-chairman of the Delhi Development Authority (DDA).

“Even if there is a legal building, the task force will look into the safety aspects like fire and others,” he told the bench. The ASG told the bench that proper security arrangements would be put in place, for the court-appointed monitoring committee, so that they could carry out the sealing drive in Delhi, as per the apex court’s mandate. He said three senior officials of the Delhi Police have been asked to coordinate with the committee and chalk out further modalities in this regard. He also handed over to the court, a revised note regarding the ongoing sealing drive. The bench said it would hear this issue on April 24, 2018.

The apex court had earlier taken umbrage, to the lack of police protection to the monitoring committee, for carrying out the sealing drive and had termed it a ‘very serious thing’. The issue had cropped up, after the committee had raised the matter related to police protection, when it was scheduled to visit Amar Colony in south Delhi for carrying out their work. The centre had last week apprised the court that it has proposed to set up a STF to oversee the enforcement and implementation of laws, to deal with unauthorised construction and encroachment in Delhi after consulting all stakeholders.

The ASG had said that STF would identify encroachments on government land, suggest the course of action to the centre with regard to unauthorised colonies in Delhi and oversee effective and proper enforcement of applicable laws by local bodies, particularly about violation and unauthorised constructions. The top court had earlier ordered restoration of its 2006 monitoring committee, to identify and seal such offending structures.

The monitoring committee, comprising KJ Rao, former advisor to the Election Commissioner, Bhure Lal, chairman of the Environment Pollution (Prevention and Control) Authority, and major general (retd) Som Jhingan, was set up on March 24, 2006, by the court. The top court is also hearing arguments on the validity of the Delhi Laws (Special Provisions) Act, 2006 and subsequent legislations, which protect unauthorised constructions from being sealed. 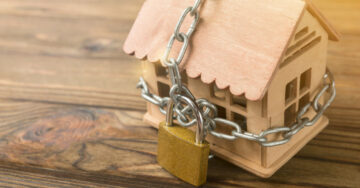