Home » Property Trends » Subvention schemes: Impact of the NHB’s order on builders to withdraw such schemes

The National Housing Bank (NHB) has directed housing finance companies to desist from extending loans under the subvention scheme. This move by the NHB, is expected to squeeze the liquidity position of real estate developers further.

What is a subvention scheme?

Subvention schemes are offered by the builders to their home buyers, through tie-ups with banks. To attract customers, these schemes were promoted heavily, by providing discounts and freebies. The scheme allowed the buyers to book the property by paying 5% to 20% of the amount, upfront. The buyers did not have to pay EMIs, until the possession of the apartments. Instead, the developers used to pay the EMIs on behalf of the borrowers, till a period that was specified in the contract or till the date of possession.

Why did the NHB restrict subvention schemes?

The subvention scheme resulted in speculative demand for apartments, wherein, the real value of the property did not come into the picture, until the building was completed. “In practice, some builders raised the prices of the apartments available through the subvention scheme, disproportionate to the actual interest cost being borne by them. It increased profitability and yet, created an impression that demand was stronger than it actually was. This, in turn, created a large debt bubble for the builder, which, ideally, should have been under the purview of the RBI. Since the NHB was the regulator, without the ability to monitor this method, it put a blanket ban on the scheme,” explains Rituraj Verma, partner at Nisus Finance.

The NHB has also requested housing finance companies (HFCs), to put in place a well-defined mechanism to observe the progress of construction of housing projects. It is now mandatory to obtain borrowers’ consent, before releasing payments to developers.

How will the withdrawal of subvention schemes affect property prices?

Several developers and experts maintain that the cost of capital, in the absence of subvention schemes, will increase marginally (by about 1.5%) and thereby, reduce their profit margins. However, developers may resort to increasing other revenue streams, such as development charges, parking charges, clubhouse charges, etc., to absorb this increased cost. In the short-term, there may be a drop in sales, which may lead to a further reduction in prices. While this may benefit the market and end-users in the long run, some small developers and lenders may find it difficult to survive.

Sachin Bhandari, CEO of VTP Realty, believes that the NHB’s ban on subvention schemes, will have a modest impact on the realty market. “Home buyers, over the last couple of years, have preferred projects that are in the advanced stages of construction, where a subvention scheme is not brought into practice. Developers give these schemes, to attract NRI buyers into the market. With their absence, sales velocity will go down and when the overall velocity goes down, the cost of business will increase,” says Bhandari.

Options for builders and buyers, following the withdrawal of subvention schemes

The stoppage of subvention schemes, will eliminate speculative investors from buying apartments and builders will go back to the construction-linked payment schemes. “We expect, however, that the RBI will come up with better guidelines, to cap the subvention schemes and end speculative investments in real estate. We also expect that some builders will continue with developer-funded subventions, to keep their consumers from cancelling their allotments under such schemes,” adds Verma.

As the industry looks for support from the government, to curb the liquidity crunch, the government could do well, to allow some flexibility to consumers who are self-funded or are looking at flexible payment options. While the NHB may direct lenders to tighten their due diligence, merely withdrawing schemes will not help anybody, including home buyers, developers, or the lenders. 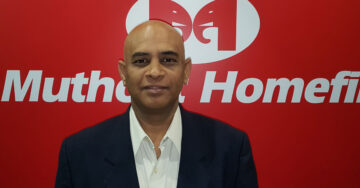 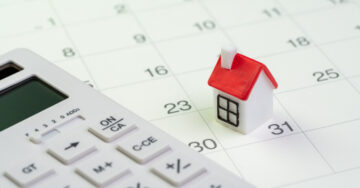