With torrential rains inflicting misery in Mumbai, a senior official of The Energy and Resources Institute (TERI), on August 30, 2017, pointed out that the nature of the soil in the region ‘encourages good drainage’ of water but due to urbanisation, most of the open surfaces have been covered with tar and concrete. The country’s financial capital received a whopping 298 mm of rainfall over a period of nine hours, on August 29, 2017 – nine times more rain than the average, according to an IMD official. The rainfall was the highest in a day in August, since 1997.

“The city of Mumbai falls under the coastal belt, characterised by high rainfall. At the same time, the natural soil strata of the region is laterite type of soil. This soil type encourages good drainage of water. However, due to urbanisation, we have now covered most of the open surfaces with materials like tar and concrete, thus, not allowing the water to drain out. Moreover, the original areas between islands have been reclaimed, resulting in shallow, low-lying stretches,” said Anjali Parasnis, associate director, TERI western regional centre.

TERI is a leading not-for-profit think-tank, dedicated to conducting research in the fields of energy and environment, for sustainable development in India and the global south. The TERI expert also gave the example of Navi Mumbai’s planning, to emphasise the importance of proper, sustainable and eco-friendly urbanisation policies.

“Under such circumstances, urban planning and infrastructure play an important role. Navi Mumbai, a well-developed twin city of Mumbai is a classic example. In spite of receiving the same amount of rainfall, waterlogging was avoided due to good city planning,” Parasnis was quoted as saying, in a statement by TERI.

Another TERI expert Suruchi Bhadwal, compared the situation with the flooding the city faced 12 years ago. “In terms of comparing it with the 2005 event in Mumbai, the scales are quite different. The amount of rainfall received in 2005 was nearly double of that received this time,” she said.

See also: Ways in which climatic conditions impact a property

The torrential rains and the resulting civic woes, also brought to fore the role and planning of Mumbai’s civic bodies in dealing with such situations. “The Mumbai city administration had released the Brihanmumbai Stormwater Disposal System (BRIMSTOWAD) report, aiming to take some corrective measures. However, we are not sure of the stage of its implementation,” TERI said. BRIMSTOWAD is a project planned to overhaul Mumbai’s water drainage system.

TERI had developed the ‘Maharashtra State Action Plan for Climate Change’, which was submitted to the state government in 2013 and is yet to be adopted, where it had indicated the possibility of increase in rainfall in the Konkan region, including changes in the number of rainy days which could lead to the occurrence of intense rainfall events. “It had also identified pockets within the city that get flooded due to heavy rains,” it said. “While Mumbai tends to receive a huge amount of rain in this season, the quantum it received in a span of 9-12 hours is roughly 3/4 of what it receives in a month during the monsoon,” TERI said. 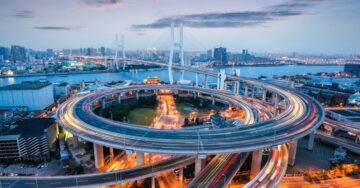 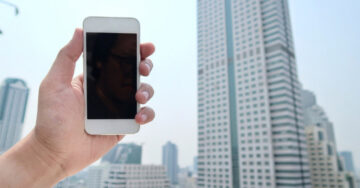 [fbcomments]
For any feedback, write to us at editor@housing.com.
https://seo.housing.com/api/v1/housing_news?tags=Brihanmumbai%20Stormwater%20Disposal%20System,BRIMSTOWAD,Maharashtra%20State%20Action%20Plan%20for%20Climate%20Change,mumbai,Mumbai%20flood,Navi%20Mumbai,TERI,The%20Energy%20and%20Resources%20Institute,urban%20planning,urbanisation