In a step to make the city free of congestion, Thane has come up with a citywide hybrid simulation model for managing vehicular traffic.

Under the system, the entire traffic network of the city will be mapped and modelled digitally. This would help agencies to plan, execute and monitor traffic more efficiently, the Thane Municipal Corporation (TMC) said, in an official release today.

The model, is a step towards making Thane a congestion-free city with a smart traffic network, it said. The model has been jointly developed by Medulla Soft Technologies Pvt Ltd, India (MST) and Transport Simulation Systems, Spain (TSS).

“The base model for the city is now ready, along with various interventions and future scenarios analysed. It will be used continuously in the future, for upcoming projects that will affect the traffic network of the city,” Sharma said.

In addition to this, a pedestrian simulation model will also be developed for safer and more efficient pedestrian mobility, the TMC said.

On the occasion, Jaiswal said that the model, will help in realising the dream of a walkable Thane and smart mobility in the city. More added that such exercises, will help Thane to be recognised as a world-class city. 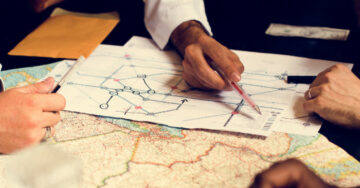