Home » Rent » The difference between lease and licence agreements

In order to promote rental housing in India, the government, in 2019, passed the Draft Model Tenancy Act, 2019. The central version of the model law, which would eventually be replicated by states, tries to safeguard the interest of landlords, as well as tenants. However, it is crucial for both parties (landlords and tenants) to familiarise themselves with certain specific terms that they would come across, at the time of entering into a rental agreement. It is in this context that we should discuss the difference between a lease and licence.

See also: Everything you need to know about rent agreements

What is a lease in property renting?

When a property owner, though a registered agreement, grants a tenant certain rights on his immovable property for a specific period, in return for the payment of rent, this arrangement is known as leasing in legal parlance.

The term has been defined in Section 105 of the Transfer of Property Act, 1882. “A lease of immoveable property is a transfer of a right to enjoy such property, made for a certain time, express or implied, or in perpetuity, in consideration of a price paid or promised, or of money, a share of crops, service or any other thing of value, to be rendered periodically or on specified occasions to the transferor by the transferee, who accepts the transfer on such terms,” says Section 105.

What is a licence in property renting?

When a landlord, for a specific purpose, grants temporary accommodation of his property to another party though a contract, it is done by issuing a licence, in return for the payment of rent. Unlike a lease, a licence does not give the other party any exclusive possession right over the premises.

The term has been defined in Section 52 of the Indian Easements Act, 1882. “Where one person grants to another, or to a definite number of other persons, a right to do, or continue to do, in or upon the immovable property of the grantor, something which would, in the absence of such right, be unlawful, and such right does not amount to an easement or an interest in the property, the right is called a licence,” reads Section 54.

The key difference between the two arrangements lies in the manner in which the tenant is allowed to use the rented premises. The ownership of the said property continues to lie with the landlord under a lease, as well as licence agreement. However, while a lease grants the tenant a certain right to use the premise for a specific period, a licence only ensures the short-term occupancy or use of the premise by the tenant. Unless you have the written permission of the owner to do so, occupying another person’s property is against the law. This way, a rent agreement is basically a lease, while the permission to use a banquet hall for a wedding ceremony is a licence.

Short-term as they are, licences lose validity as soon as the specific task for which it was drafted, is concluded. On the other hand, a lease could be signed for a wide range of periods – from one year to perpetuity. It is also important to note here that a lease comes to an end, only after the period specified in the agreement and the landlord generally cannot revoke it before this period. The same is not true of licence agreements. They can be revoked as and when the landlord deems fit. A licence is a personal contract and terminates, if either party dies.

Leasing is always a monetary transaction. Licence agreements could also be signed without any monetary exchange involved.

Under the 2019 draft law, a rent authority ought to be set up, which will help landlords seek eviction of tenants. In a licence, because there is no possession by the tenant, the need for eviction does not arise.

A lease can be transferred to third parties and legal heirs, while a licence cannot be transferred. If a property is transferred to another owner while it is rented, the new owner is obliged to act upon the terms and conditions prescribed in the lease agreement. The reverse is also true.

What if you rent a property without agreement?

The tenant or the landlord would not be able to avail of any legal remedies in case of a dispute.

Why rental agreements are generally signed for 11 months only?

If a rental agreement is drafted for a period less than a year, it does not require registration.

Buy or rent: How to make the right choice?. 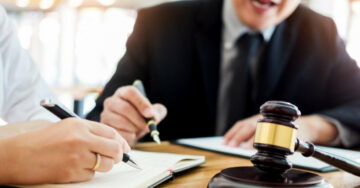 What are the rights of tenants and landlords?. Dos and don’ts for sharing a rented house.

Benefits of renting out a second home.

What to keep in mind when choosing an affordable rental house. 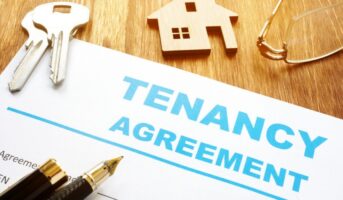