Home » Property Trends » Should you trust all home buyers’ associations?

Real estate markets across the major cities are witnessing a new spate of consumer activism, which is more political in its functioning than being consumer-centric. Numerous home buyers’ associations have sprung up, which are constantly at war with one another and each claiming to be the frontrunner in championing the cause of the home buyers.

For example, at a recent protest in front of the corporate office of a Noida-based developer, at least three buyers’ associations were jostling against each other, to claim that they were the official voice of the home buyers. In this melee, the core agenda of justice for thousands of home buyers, who had not received the possession of their apartments, was lost.

Raman Parashar, a dissatisfied home buyer from Noida, recounts how he was approached by some such activists. “As I did not have the time and resources to settle with the builder, I thought of this as a divine intervention. However, I soon realised that their actual plan was not to take up my cause but to get legitimacy before the builder and media, for having harassed buyers as complainants before them. I regret my decision to have thought that someone else would fight for my rights,” laments Parashar.

Numerous buyers’ associations in Noida are nowadays openly advertising on social media, to inform which project they would be reaching next and to invite the aggrieved home buyers, to come forward to share their grievances. Many of them are even offering advice on how they should take on the builders. This raises the question, as to whether any of these buyers’ associations have any legal right, to intervene suo motto and address the grievances of the buyers.

Advocate Aditya Pratap of the Bombay High Court, categorically says that home buyers’ associations do not have the legal authority of consumer courts, to decide disputes. Further, even if the bye-laws of these associations contain dispute resolution mechanisms, they cannot bar any person from availing of the statutory remedies under the laws. If the bye-laws of an association restrict a member from approaching the courts, it would amount to being an agreement in restraint of legal proceedings, which is void under Section 28 of the Indian Contract Act, 1872, he explains. “While a home buyers’ association may publish advertisements, inviting consumers to share their grievances and seek advice, it may not serve the purpose as the litigants have to be limited to that particular project, in respect of which the consumer rights have been violated,” says Pratap.

While class actions are allowed in India, they must conform to the requirements of Section 12(1)(c) of the Consumer Protection Act, 1986.

According to this section, one or more consumers, having the same interest and with permission of the District Forum, can file a complaint on behalf of all interested consumers. The definition of the term ‘consumer’ in Section 2(d) does not include any association. This means that a class action under Section 12(1)(c) can be filed only by all home buyers together and not through a home buyers’ association. This has been explained by the NCDRC (National Consumer Disputes Redressal Commission), in a reference: “Complaint under Section 12(1)(c) can be filed only on behalf or for the benefit of all consumers, having common interest and grievance. No society, firm, association or group of societies, can file a complaint under Section 12(1)(c), because the term ‘consumer’ doesn’t include them.”

Even though the law of the land does not grant any constitutional teeth to these associations, they seem to thrive, owing to their relationship with the media. The question then, is why do builders entertain them? Requesting anonymity, a builder in Greater Noida west admits that whenever there is any issue with the buyers, he gets the information from some association. A formal meeting is asked for, which is not meant to understand the buyers’ concerns or mediating a settlement, but for negotiating on behalf of the association. “If their demands are met, they withdraw themselves from the issue. They even offer to convince the buyers that the demands are not legitimate and would not sustain the legal scrutiny. However, if the demands are not met, a protest and media trial is what we have to face. So, we are left with no choice but to entertain them,” says the builder. NCDRC: How it helps in consumer protection for home buyers. 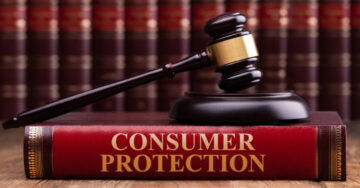