The Brihanmumbai Municipal Corporation (BMC) has set up a team, comprising of experts from IIT Bombay and Veermata Jijabai Technological Institute (VJTI), to probe the wall collapse at Pimpripada in Malad and submit a report within 15 days, an official said, on July 4, 2019. A senior official of the BMC’s hydraulic engineering department will also be a part of the team, which will submit its report to the civic chief, he said.

According to the official, a notice has been issued to the contractor, who had constructed the wall. “If it is found that the contractor had used sub-standard material for the construction, or whosoever is responsible for its faulty design, then, action will be taken against them as per the law,” he said. While the wall collapse claimed 26 lives, 72 people injured in the incident are undergoing treatment at different civic-run hospitals. Three of them are in critical condition, officials said.

Meanwhile, people whose shanties were either washed away or flattened after the wall collapse, have demanded that they should be rehabilitated. These shanties were built on forest land and the residents have been living there for the last several years. Officials of the forest department held a meeting on July 3, 2019 and decided to survey the localities affected by the wall collapse. During the meeting, the department decided to curb encroachments.

Thirty-six people have been killed in rain-related incidents since July 1, 2019, in Maharashtra, with the death toll from the wall collapse in Mumbai’s Malad area rising to 22

July 3, 2019: Twenty-two people have died and 78 injured, in the wall collapse incident in Malad, in Mumbai, which was paralysed by incessant rainfall for the third consecutive day. Efforts by rescue workers to get a 15-year-old girl out of the debris of the collapsed wall, proved futile as she was brought out dead. Many parts of the financial capital remained waterlogged, prompting authorities to declare a holiday on July 2, 2019.

Fourteen people died in rest of Maharashtra in rain-related incidents since July 1, officials said. Two persons died in Malad after they were locked up in a car flooded with rain water. One person was electrocuted in Vile Parle and a security guard was killed in a wall collapse in suburban Mulund. In Pune, six labourers were killed and three injured after a wall collapsed in Ambegaon area late night, on July 1, 2019. A wall collapse in Kalyan in Thane district early on July 2, 2019 killed three people, officials said. In Buldhana district, a 52-year-old woman was killed on the spot by a bolt of lightning. BMC additional commissioner Ashwini Joshi said an inquiry will be held into the Malad wall collapse and any official found guilty will be punished. Fadnavis made a similar announcement in the state legislature, announcing a high-level probe into the wall collapse.

Heavy rains lashing Mumbai since June 30, 2019, threw rail, air and road traffic out of gear, with several trains and flights being cancelled. Water-logging was reported at Airport Colony, Vakola Junction, Postal Colony, near Chunabhatti Railway station and Vakola Road, a BMC official said. The disaster management cell of BMC received over 3,593 complaints, including those about water logging, wall collapse and tree branch falling on the Helpline No 1916.

“The next two days are going to be very critical to us and our machinery is geared to face any eventuality during excessive rains,” Joshi said. All the 1,400 de-watering pumps of BMC are deployed at 53 flood-prone spots, including 22 chronic spots and assistant municipal commissioners, have been asked to supervise their territory, she said. Joshi blamed ‘geographic phenomena’ for water-logging in the city and said the BMC’s monsoon preparedness was up to the mark. “Heavy rains in a short period of time coupled with high tide in the city resulted in water-logging in several areas,” the IAS officer said.

At least 18 people, living in shanties, have been killed, following the collapse of a wall in Mumbai’s Malad east area, due to heavy rains

July 2, 2019: At least 18 people were killed and six others injured, after a compound wall collapsed in the Malad area in Mumbai, on July 2, 2019, due to heavy rains, NDRF officials said. The incident happened at around 2 am, when the compound wall in Pimpripada of Malad east area collapsed and people living in shanties adjacent to wall got trapped under the debris. NDRF officials said the 18 deceased were the people living in the slums.

“Our team of National Disaster Response Force, along with a sniffer dog, reached the site of the incident immediately after receiving the information. Besides, a team of the fire brigade and local police also reached the spot and took control of the situation,” a senior NDRF official said. He said the police is investigating the case. “Rescue operations are underway and more details are awaited. The injured are in nearby civic hospital in Jogeshwari and Shatabdi Hospital in Kandivali,” he said. Meanwhile, the authorities have declared July 2, 2019, as a public holiday in Mumbai, as the Indian Meteorological Department has forecast heavy rains. 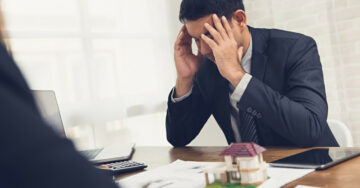