A Supreme Court bench headed by chief justice Dipak Misra, was informed by senior advocate Fali S Nariman, on July 16, 2018 that Jaiprakash Associates Limited (JAL) has already deposited Rs 750 crores with the apex court registry and for paying the principal amount to the home buyers, it would pay Rs 600 crores more, in seven installments. The senior lawyer told the bench, which also comprised justices AM Khanwilkar and DY Chandrachud that a prior approval should be granted to JAL, ‘to dispose of identified cement assets, including its cement plant at Rewa, in Madhya Pradesh’.

“To enable JAL to do this, the National Company Law Tribunal (NCLT), Allahabad, may kindly be directed by this court to proceed forthwith, to decide and pass appropriate orders on its (JAL) plea for sanctioning the Scheme of Arrangement, propounded pursuant to Master Restructuring Agreement, signed and accepted by all 32 creditors of JAL. The Scheme of Arrangement is already filed with the NCLT, Allahabad and the NCLT in its order dated January 25, 2018, has sought for appropriate directions from this court,” Nariman said.

At the outset, Nariman elaborated the background of JAL and its subsidiary Jaypee Infratech Ltd (JIL), which has been facing proceedings in the NCLT and in the apex court, due to the litigations initiated by banks, financial institutions (FIs) and home buyers. He also referred to the impediments in the timely delivery of homes to the home buyers and said now, the situation has become grave. “The housing plan (of JIL) envisaged construction of project in June 2009 at two locations of acquired land, totalling 2,517 acres, in two parcels, namely, 1,162 acres in Wish Town, Noida and 1,355 acres in Mirzapur as under. 307 towers (each tower ranging from 90 to 110 units) in two parcels of land admeasuring 2,517 acres (out of 6,175 acres) was planned,” the lawyer said.

Nariman said that the first impediment was between 2009 and 2011 and because of the Commonwealth Games, the building contractors, who had been engaged by JAL/JIL for construction, transferred a substantial workforce from the housing projects to work for the CWG, under the orders of the centre. “The second impediment, leading to temporary disruption of work at site, was an ex-parte order issued by the National Green Tribunal on January 11, 2013, restraining all builders of Noida and Greater Noida area from extracting any quantity of underground water, for the purposes of construction or otherwise,” he said. “The third impediment (for two years) was another order issued by the NGT, dated August 14, 2013, to the effect that no further construction was to be done within a 10-km radius of Okhla Bird Sanctuary, without obtaining proper environment clearance,” he said, adding the obstacle was later removed by the centre.

Nariman said that till date, out of 228 towers, construction of 106 towers, consisting 11,336 units/flats, was 50 to 90 per cent complete. Earlier, the apex court had listed for final hearing, on July 16, 2018, the pleas of hassled home buyers registered with JIL, saying it would exclusively deal with their grievances and the ‘capability’ of the realty firm to refund money to them. The bench had said it would ask the NCLT at Allahabad to expeditiously decide JAL’s plea on restructuring of its subsidiary firm JIL, if they deposit Rs 600 crores for refunding the principal amount to home buyers, who have opted out of the housing projects. It said that Rs 750 crores had been deposited by JAL with the apex court’s registry and Rs 600 crores more would be required, for paying principal sum to the home buyers who wanted refund of their investment.

Prior to this, the court had directed JAL to deposit 1,000 crores, in addition to Rs 750 crores already deposited, by June 15, 2018, to provide refunds to the home buyers who had wished to opt out of its various housing schemes. The home buyers had moved the apex court, stating that around 32,000 people had booked flats and were now paying instalments. The plea had also stated that hundreds of home buyers were left in the lurch after the NCLT, on August 10, 2017, admitted IDBI Bank’s plea to initiate insolvency proceedings against the debt-ridden realty firm, for allegedly defaulting on a Rs 526-crore loan. 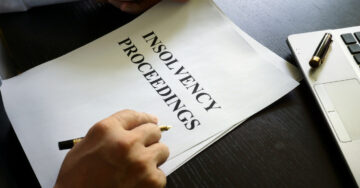