Land acquisition in the country, has been a hotly debated issue. The controversies around faulty land acquisition and the problems of resettlement and compensation, continue to threaten a number of projects across the residential and commercial segments. Even industrial and infrastructure-related developments, continue to face problems on account of archaic laws in the country. Land disputes arising out of unclear land titles, have been one of the biggest problems. Thankfully, a number of reforms, such as the digitisation of land records, the proposed Geospatial Bill and land demarcation in the country, could lead to fewer land-related disputes in future.

According to Anuj Puri, chairman and country head, JLL India, the high level of opacity with respect to land titles in India, has been a consistent stumbling-block to progress and faster development. “The absence of a central database of records for privately-held land, has resulted in protracted legal and due diligence processes. In a majority of cases, land parcels had not been surveyed, resulting in disputes about boundaries. Land records in most districts were maintained manually, on the basis of date of registration, and only new registrations were computerised. This made it extremely difficult to trace the historic chain of ownership,” he explains.

Puri maintains that the lack of clarity on land titles, shakes the confidence of investors and is a serious hindrance to overall growth. “Across the country, land needs the benefit of legally documented ownership, assigned to the right persons or entities. Hence, the government’s announced intention to digitise all land records, is a welcome and timely move,” he adds.

What has happened so far?

The above box gives a snapshot of land-related reforms

Interestingly, most of these reforms are being framed on technology-based platforms. A New Delhi-based developer, on condition of anonymity, explains that “These reforms will eventually lead to a more investment-friendly market and transactions that will be based on market values. Adoption of technology, will lead to clarity in ownership.”

See also: Investing in land: The pros and cons

The benefit and the way forward

These reforms will ultimately benefit the people, in the long term, feels Abhishek Dhawan, a financial planner and chartered accountant, who works with several real estate firms. “The government will also benefit, as these reforms will eventually lead to the generation of more property taxes and revenue collection on the transacted properties,” he asserts.

Nevertheless, challenges remain. There is a need to expand the scope of these reforms. The willingness to implement these proposed changes within the government framework remains questionable. Technology-enabled reforms, should also be extended to rural areas. Only then, can we see a real change in the market. 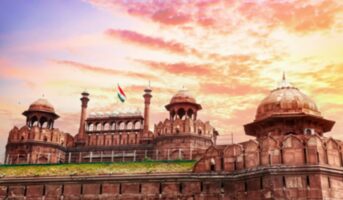