Home » Must Knows » Buying in a project on a leasehold plot: What you should know

City development authorities in most Indian states, either provide land development rights to developers to build projects or sell residential land as freehold through auction. The trend to allot land on leasehold, is mostly prevalent in Mumbai and the National Capital Region (Delhi-NCR), where land is now scarce. The period of leasehold usually varies between 30 years and can go up to 99 years.

“In a leasehold land, the authority remains the primary owner of the land and developer becomes the first owner of the land,” explains Pradeep Mishra, a Gurgaon-based consultant. For example, the New Okhla Industrial Development Authority (Noida) gives land to develop apartment projects only on leasehold basis. So, anyone who buys a residential flat, will actually own it only for 99 years and the authority remains the first owner. The developer’s duty is to build the project and hand it over to the residents’ welfare association (RWA). Till the time the RWA is formed, the developer maintains the project. If he continues to own a few flats, he is party to the RWA also.

Risks of buying in a leasehold project

The biggest challenge for a buyer, is the renewal of the occupancy contract once the lease is over. This is needed towards the end of the lease period. Manju Yagnik, vice-chairperson, Nahar Group, a Mumbai-based developer, points out that “While this may look convenient in a project with a longer lease period, projects with small leases such as 30 years or 33 years might be problematic to buyers.” She continues, “With renewal, there are other costs that need to be paid, such as property tax, etc. Projects built on leasehold land of 30-33 years, as it happens in Mumbai, are a cause of concern.”

The other problem that such a project faces, is the mortgage. Projects planned on smaller leasehold periods, might not receive funds for construction. So, delay and non-completion could be another problem. Also, when it’s time for repair and construction, it poses another challenge as any work will require the consent of all the authorities. Thus, redevelopment can become a problem.

Moreover, reselling becomes difficult in a leasehold project, added Yagnik. The transference of property title and registration papers are a hurdle.

See also: What is freehold property

Advantages of buying in a leasehold project

Not everything is against the buyer. While there may be problems in investing in such a project, the price of property in such projects is often lesser than that available in the project built on freehold land. This is because the land acquired under leasehold comes cheaper. Developer only pays for buying the development rights of the land. On the contrary, freehold land is purchased at a higher rate either through auction or lottery. The completed projects thus, has the land cost incorporated in the final cost of units.

See also: Investing in land: The pros and cons

Due diligence for buying in a leasehold project

As a buyer, this is not the only pre-requisite that needs to be fulfilled. Whether you are buying an apartment in a leasehold or freehold project, you will need to get the property registered in your name. You also need to get a transfer memorandum, which is an official permission granted by the development authority to the owner (seller) of the property, allowing him/her to transfer the rights to the buyer. For this, buyers need to hire a lawyer for the requisite documentation.

At a later stage of occupancy, the RWA has the authority to convert the leasehold plot into freehold land. A number of states are now allowing such conversions. There is a fee that needs to be paid at the time of conversion.  Also, the rate of appreciation is always higher in a freehold plot in comparison to a leasehold one.

Lastly, when it comes to choosing between two projects, both built on leasehold land, select the one with the longer leasehold period. 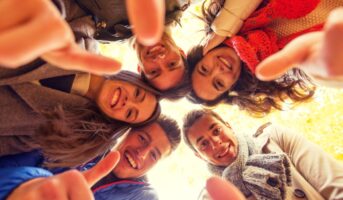 How to check the construction quality of a house?.

Buying an independent floor property in NCR? A checklist. What are penthouses and how popular are they in India?.