Home » Must Knows » Taxation » Can a tax payer claim simultaneous exemption under Section 54 and 54F, by investing in the same house?

In almost all cases, the owner tends to make a profit upon the sale of properties, such as land, apartments, flats, villas, bungalows, etc. This is particularly true, if the property is held by the owner for a long period. Under the Indian tax laws, the profit thus earned is an income, on which taxes must be paid by the income earner. While this remains unavoidable, such sellers are also allowed certain exemptions on their tax amount liability, under various provisions of the Income Tax Act.

The I-T Act, for example, provides for exemption from tax on long-term capital gains under two separate sections, Section 54 and Section 54F, if the investment of the gains is made for the purchase or construction of a residential house. Whether a tax payer can claim exemptions under both the sections, if the investment is made in the same residential house, had been a subject matter of litigation many times. One such case was decided by the Hyderabad Income Tax Appellate Tribunal, in the case of Venkata Ramana Umareddy.

What is capital gains?

When the sale of an asset results in gains, it is known as capital gains in tax parlance. Capital gains is the difference between the selling and purchase price of an asset. Conversely, capital loss arises when you sell an asset at a price that is less than what you spent on purchasing it. Since the gain or profit is categorised as ‘income’ under the income tax laws in India, the one profiting from the sale has to pay tax on the profit amount, in the year in which the transfer of the capital asset took place.

Exemption from LTCG tax, under Section 54 and Section 54F

The first difference between these provisions, pertains to the type of asset on sale, for which you can claim the exemptions. The Section 54 is available for long-term capital gains on sale of a residential house, whereas Section 54F is available for long-term capital gains on sale of any asset other than a residential house. Similarly, there is a difference with respect to the amount to be invested, for claiming exemption in both these provisions. Section 54 requires you to invest only the indexed long-term capital gains, whereas Section 54F is available if the net consideration of such assets is invested. Moreover, to claim the exemption under Section 54F, you should not be owning more than one house, as on the date of sale of such asset, in addition to the one which is purchased or constructed. No such requirement is there under Section 54.

As these are two different sections, the tax officers have been taking a view that for the purpose of claiming simultaneous investments, you have to invest in two different houses and cannot claim the exemption by investing in one house. This was resolved by the Hyderabad Tax Tribunal.

Amount of exemption available under Section 54

Under Section 54, the exemption amount on the long-term capital gains will be the lower of: the gains arising from the transfer of the house property or the investment made in purchase or construction of a new house property.

The case of Venkata Ramana Umareddy

The assessee had sold land and a house with land and had claimed exemption under Section 54F for the land and under Section 54 for the house, by investing in the same residential house within the prescribed time limit. The assessing officer came to a conclusion that for claiming exemptions under sections 54 as well as 54F, the assessee has to invest in two houses. On the aforesaid basis, the assessing officer disallowed the exemption claimed under Section 54 of the Act. The matter went up to the Income Tax Tribunal Hyderabad, where the assessee contended that sections 54 and 54F are independent provisions and are not mutually exclusive. It was submitted before the Tribunal that Section 54 provides for exemption, when the asset transferred is a residential house, whereas Section 54F applies when the asset transferred is an asset other than a residential house. It was further submitted that both the sections require investment in a new house. It was also submitted that neither sections 54 and 54F nor any other provision of the Act prohibit the assessee from claiming exemption under both these sections, against investment in the same residential property.

The assessee also submitted that the Act does not require that for claiming exemption under sections 54 and 54F of the Act, the assessee has to invest in two separate houses. Sections 54 and 54F deal with the sale of different assets and call for investment in house property.

It was submitted before the Tribunal that both these sections are independent and operate in isolation. The assessee further submitted that the interpretation of the lower authorities that as these two sections are separate and call for investment in one residential house and therefore, the assessee should have invested in two different houses, is not a correct interpretation.

While delivering the decision, the Tribunal observed that a reading of sections 54 and 54F make it clear that they are independent of each other and operate with respect to long-term capital gain arising out of the transfer of distinct and separate long-term capital assets. The Tribunal further observed that both the sections allow exemption, only on purchase or construction of a new residential house. The Tribunal also observed that according to the lower authorities, for claiming exemption under both, sections 54 and 54F, the assessee had to invest in two houses. The court decided that in their view, such an interpretation of the provisions was totally misconceived and misplaced.

The Income Tax Tribunal further observed that the condition for availing exemption under both the sections, is purchase or construction of a new residential house within the stipulated period. There is also no specific bar, either under sections 54 and 54F, or any other provision of the Act, prohibiting allowance of exemption under both the sections, in case the conditions of the provisions are fulfilled.

What is section 54 of income tax act?

What is section 54F of income tax act?

When an individual invests the entire sale proceeds from selling a property other than residential property to buy his/her first property, he can claim exemptions under Section 54F 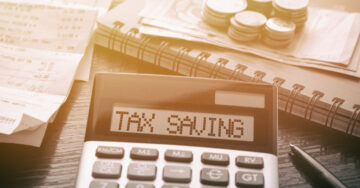 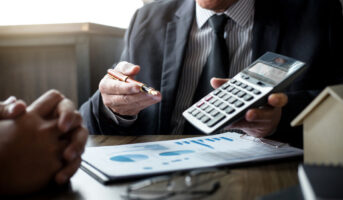 Taxation of profits from the sale of assets used in business and exemptions on such profits.