The NGT directed the Environment Ministry on Wednesday to issue within two months a notification banning RO purifiers where total dissolved solids (TDS) in water are below 500 milligrams per litre.

A bench, headed by NGT Chairperson Justice Adarsh Kumar Goel, said the delay in compliance with its order is causing harm to public health and environment and it be complied with expeditiously. The Ministry of Environment and Forests (MoEF) had sought four months for executing the order of the National Green Tribunal.

The tribunal, however, said: “Having regard to the fact that any steps for environmental protection have to be prompt, period for circulation of the draft notification or inviting comments need not be so long as is proposed. The same may be reduced to two months. Let the compliance report now be filed before the next date by email.”

The MoEF in its plea had said that for effective compliance of the NGT’s order four months are required — two months for wide circulation of draft notification for inviting comments and two months for incorporation of comments, finalization of notification and obtaining approval from Ministry of Law and Justice.

The matter is listed for next hearing on March 23. The NGT had on the last date of hearing slammed the Ministry for the delay in issuing the notification and warned the officer concerned of stopping his salary. The tribunal had earlier said its order was based on a report of an expert committee, which also comprised a representative of the MoEF, and is enforceable without permission of any other authority with penal consequences.

In a bid to regulate the use of RO purifiers, the NGT had directed the government to prohibit them where total dissolved solids (TDS) in water are below 500 mg per litre and sensitise public about the ill-effects of demineralised water.

The tribunal has also asked the government to make it mandatory to recover more than 60 per cent water wherever RO is permitted across the country.

TDS is made up of inorganic salts as well as small amounts of organic matter. As per a WHO study, TDS levels below 300 mg per litre are considered to be excellent, while 900 mg per litre is said to be poor and above 1200 mg is unacceptable.

Reverse Osmosis (RO) is a water treatment process that removes contaminants from water by using pressure to force molecules through a semipermeable membrane.

The order had come after perusing an expert committee report which said that if TDS is less than 500 milligrams per litre, a RO system will not be useful but will result in removing important minerals as well as cause undue wastage of water.

The tribunal was hearing a plea filed by NGO Friends seeking conservation of potable water by preventing its wastage on account of unnecessary use of RO systems.

With many cities in India facing a drinking water crisis, the CSIR and CMERI have announced that they have developed three technologies, for serving quality drinking water from groundwater sources

Update on July 3, 2019: With water scarcity looming large across the globe, the Council of Scientific and Industrial Research (CSIR) and Central Mechanical Engineering Research Institute (CMERI) of Durgapur, on July 2, 2019, announced the development of new technologies for supplying quality drinking water. Director of CSIR-CMERI Harish Hitani, said that the new technologies developed, were based on the principles of oxidation, precipitation and filtration. They do not require electric power and are completely green.

“We have developed three technologies for serving quality drinking water from groundwater sources, which is free from contaminants arising from the presence of iron, arsenic and fluoride”, he told a news conference, in Kolkata. The technologies developed by CSIR-CMERI would be transferred to two private companies based in Haryana and Howrah in West Bengal.

India is facing a drinking water crisis and a NITI Aayog report, has predicted that 21 cities of the country would have no drinking water of its own by next year. Groundwater is a major source of drinking and agricultural usage in the country. However, at a number of locations, contaminants such as arsenic, iron and fluoride in groundwater exceed the permissible limits, causing severe health hazards, Hitani said. “To solve such problems, CSIR-CMERI is continuously researching on water conservation, as well as water filtration management. The technologies developed are ready for commercialisation,” he said. 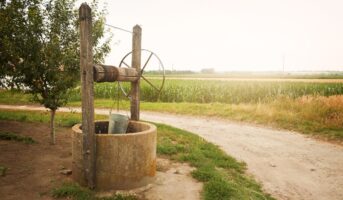 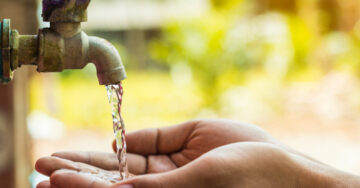 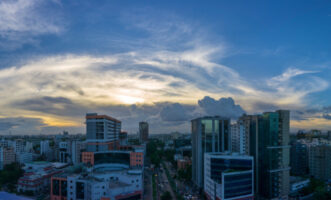