In a major boost to last-mile connectivity for commuters, the Delhi Metro, on February 19, 2020, extended the facility of e-rickshaw services to 12 more stations spread across the rapid transit network, officials said. With this, the total tally of stations where such facilities are available rises to 29, with an operational fleet of over 1,000 e-rickshaws.

AK Garg, director (operations), flagged off a fleet of around 250 new e-rickshaws from the Patel Nagar metro station, the officials said. These e-rickshaws will be plying from 12 stations – Qutab Minar, Ghittorni, Arjangarh, Nawada, Shadipur, Patel Nagar, Nangloi, Nangloi Railway Station, Govindpuri, Harkesh Nagar Okhla, Moolchand and Botanical Garden. Twelve more stations are likely to be added within the next 2-3 months wherein around 500 more e-rickshaws will be put into service, the DMRC said in a statement.

The fares have been kept nominal at a base price of Rs 10 for the first 2 kms and Rs 5 for every subsequent kilometre. The commuters can also book the vehicles through the SmartE app and pay digitally for their rides, officials said.

The Delhi Metro achieved a record number of ‘journeys’ on September 22, 2019, with its corridors being used by passengers 62 lakh times, to reach their destinations, officials said

November 6, 2019: The DMRC achieved record highest journeys on a single day on September 22, 2019, when 62.99 lakh journeys were performed, a senior DMRC official said. “Daily average journeys performed in the past week (Monday-Friday) were 50.13 lakh. Whereas, the journeys performed on Monday were 58.36 lakh, making it the most preferred mode of transportation,” the Delhi Metro said.

Journey or line utilisation is calculated by the number of corridors passengers use, to reach their destinations. This new metric of daily average journeys is being used by the DMRC authorities since mid-2018. Prior to that the DMRC used to assess average daily ridership, to count volume of traffic across its network.

Finance minister Nirmala Sitharaman has allocated Rs 414.70 crores towards the Delhi Metro, in the Union Budget for FY 2019-20, as compared to Rs 50 crores in the previous financial year

July 8, 2019: The Delhi Metro has been given a grant of Rs 414.70 crores in the Union Budget 2019-20, as against Rs 50 crores in the last fiscal. Finance minister Nirmala Sitharaman shared the details, while presenting the Budget in the Parliament on July 5, 2019.

See also: Budget 2019: What did the home buyers and home owners get

The Ministry of Housing and Urban Affairs has been allocated Rs 17,713.93 crores for executing metro projects across the country, which was Rs 14,864.60 crores in the revised Budget of the previous fiscal. The government has also set aside Rs 19,152 crores for the Mass Rapid Transit System (MRTS), as against the previous Budget’s allocation of Rs 15,600 crores.

Starting March 18, 2019, commuters of the Delhi Metro can participate in an online survey, to give their feedback about the metro’s performance across various parameters, including availability, accessibility and security

March 18, 2019: The Railway and Transport Strategy Centre (RTSC) in London, which manages CoMET (Community of Metros) and Nova benchmarking groups, will be conducting the ‘Sixth Online Customer Satisfaction Survey’ of the Delhi Metro’s services, from March 18 to April 14, 2019. “The main objective of the survey is to know what the commuters think about various aspects of metro operations and they can give feedback or suggestions, on improving the quality of service,” the Delhi Metro Rail Corporation (DMRC) said, in a statement.

Commuters who wish to participate in the survey can visit DMRC’s official website and submit it online, by clicking on the relevant links. The survey form will be available in both, English and Hindi, it said. The commuters will be able to give their feedback on all the important aspects of the metro’s functioning such as availability, accessibility, reliability, information availability, quality of service, customer care, safety and security, ease of use, information prior to travel and during the travel, comfort and crowding, it added.

“This kind of survey, organised by the RTSC, is being conducted by metros across the world at the same time, to find out what their passengers think of the service they provide,” the DMRC said. “These metro organisations will compare the results of the surveys, so that they can learn from each other and work toward giving customers even better service,” it said.

Delhi Metro, the capital’s lifeline, shrunk distances and achieved milestones with the opening of seven sections, including its smallest and deepest stations in the year gone by, as it zoomed into a select club of metros globally

January 7, 2019: The opening of the fifth corridor of the Delhi Metro in October 2018 – the 17.8-km Shiv Vihar-Trilokpuri Sanjay Lake section of the Pink Line – put Delhi among a select group of cities such as London, Beijing and Shanghai that have an operational metro network of over 300 kms. This was followed by the inauguration of the 9.7-km Lajpat Nagar-Mayur Vihar Pocket 1 corridor of the Pink Line, on December 31, 2018, which directly connected south and east Delhi on the rapid transit network, taking the total operational length to 327 kms, with 236 stations.

2018 also saw Delhi Metro and its riders literally reaching dizzying heights, giving passengers a bird’s eye view of the sprawling city from a vantage point as high as the top of a seven-storeyed building. The feat was achieved as part of the opening of the over 20-km-long Majlis Park-Durgabai Deshmukh South Campus corridor of the Pink Line, which connected the north and south campuses of the Delhi University for the first time, on to the metro network. Rising at 23.6 metres in busy Dhaula Kaun area, this was the highest point in the network of the mass rapid transit system that has shrunk distances and connected the heart of the city to nondescript locations.

Delhi Metro also achieved an engineering accomplishment, by building its deepest station on a new 24.82-km Magenta Line corridor, spanning Kalakaji Mandir and Janakpuri West, which was opened in May 2018. At 29 metres, the five-level new Hauz Khas station on the Magenta Line became the deepest station on the Delhi Metro network, whose tunnel was bored below the existing one on the Yellow Line. The old station at busy Hauz Khas (HUDA City Centre-Samayapur Badli or Yellow Line) was 17 metres deep. For the construction of the new station, it was not possible to go below the existing station, as the foundation was 32 metres and there was also the foundation of the flyover on Outer Ring Road, a senior DMRC official said.

At the inauguration of the Lajpat Nagar-Mayur Vihar Pocket 1 corridor of the Pink Line on December 31, 2018, union minister of state (independent charge) for housing and urban affairs, Hardeep Singh Puri had lauded the metro, saying, “This is the seventh time, the operation of a metro line is being commenced this year, which is truly a great achievement. The work on the Phase III of the DMRC has been almost completed, with nearly 96 kms of it being made operational this year.” DMRC’s managing director Mangu Singh said the work on Lajpat Nagar-Mayur Vihar Pocket 1 corridor faced several challenges, especially the Ashram and Hazrat Nizamuddin stations. “The original design of Ashram station was changed due to constraints and the new station box was kept at a length of 151 metres and mezzanine was added to this station, to accommodate facilities. Ashram station is now the smallest station on the Delhi Metro network and a regular station length is about 265 metres,” a senior DMRC official said.

Delhi Metro lines to be opened in 2019 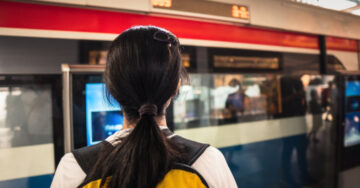 [fbcomments]
For any feedback, write to us at editor@housing.com.
https://seo.housing.com/api/v1/housing_news?tags=Budget%202019,CoMET,Community%20of%20Metros,Delhi,Delhi%20Metro,Delhi%20Metro%20Rail%20Corporation,Dhaula%20Kaun,Dilshad%20Garden,DMRC,Durgabai%20Deshmukh%20South%20Campus,Hauz%20Khas,Janakpuri%20(west),Kalakaji%20Mandir,Lajpat%20Nagar,Magenta%20Line,Majlis%20Park,Mayur%20Vihar%20Pocket%201,New%20Bus%20Adda,Phase%20IV,Pink%20Line,Railway%20and%20Transport%20Strategy%20Centre,RTSC,Shiv%20Vihar,survey,Trilokpuri%20Sanjay%20Lake,union%20budget%202019,Yellow%20Line