The Haryana cabinet, on June 1, 2017, approved the extension of the metro rail from Narela in Delhi, to Kundli in Sonepat district. The project will be financed by the state and central governments, with Haryana providing 80 per cent of the funds and the centre taking care of the rest. This was the funding pattern adopted for the Delhi Metro Rail Corporation (DMRC) extension to Gurugram, Faridabad and Bahadurgarh in Haryana. The state government will contribute Rs 968.20 crores as its share, an official spokesman said.

The 4.86-km-long extension will have three stations – Narela Sector 5, Kundli and Nathupur. All the three stations will be elevated. The construction for the Narela-Kundli extension is proposed to start in April 2018 and end by March 2022.

The state government also notified a revised Transit-Oriented Development (TOD) Policy, which prescribes parameters for creating TOD as a means of densification of corridors along Mass Rapid Transit System (MRTS) projects and also as a source of generating revenue for financing the MRTS projects. The fee or charges collected under this policy, will be kept under a separate head in the Infrastructure Development Fund and will be exclusively utilised for implementation of MRTS projects. 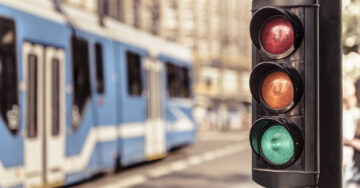