The Hinduja Group has partnered with Raffles Hotels & Resorts, to launch the sale of residential units at one of London’s most iconic buildings – the Old War Office building. The OWO Residences by Raffles, Europe’s first Raffles-branded residences, will offer a rare opportunity to purchase a piece of Winston Churchill’s legacy. 85 homes will be available in the Grade II-listed building, which has been closed to the public for over a century. Having undergone painstaking transformation over the last five years, this landmark in London is set to be completed in 2022 and will also comprise the capital’s first Raffles hotel with 125-rooms and suites, a collection of nine restaurants and bars and a spa.

Expressing his views on the launch, Gopichand P Hinduja, co-chairman, Hinduja Group said, “Launching sales of these extraordinary residences is a significant milestone for us as a family and for the project team at The OWO – it is one step closer to opening the storied building to the public for the first time, where branded residences will sit alongside a flagship Raffles hotel. London is one of the best cities in the world, steeped in history and tradition. With our knowledge and experience in restoration of historic buildings, everything we do and every decision made on The OWO is underscored by our passion and respect for the heritage of the building and long-term commitment to London.”

The building will have duplex, lateral and penthouse residences, ranging in size from studios to five-beds. In addition, there will be two turret residences, elevated above the London skyline. The residences feature interiors created by design studio 1508 London with bespoke handcrafted kitchens from British brand Smallbone of Devizes, Waterworks brass ironmongery and Onyx marble. Many incorporate original heritage features such as oak panelling and mosaic flooring. As part of the partnership, Raffles Hotels & Resorts will be operating the 125-room and suite flagship hotel at The OWO, as well as the 85 branded residences. Sales will be via Knight Frank and Strutt & Parker. Prices for a two-bedroom residence start from £5.8 million.

See also: London’s thinnest house could be worth USD 1.3 million

The Old War Office was originally completed in 1906 and designed by British architect William Young. Formerly the site of the original Palace of Whitehall, home to Henry VIII and other monarchs, the building has witnessed world-shaping events while influential political and military leaders including Winston Churchill and David Lloyd George held office. It was John Profumo’s base when he was secretary of state and inspired Ian Fleming to write the James Bond series after working for Britain’s Naval Intelligence Service. Its grand architecture has made the building a dramatic location in Bond films, and more recently The Crown drama series. 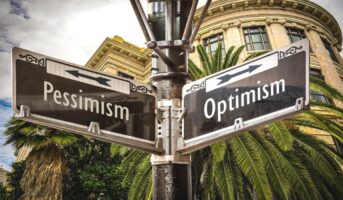