The Supreme Court has agreed to hear a plea by the Maharashtra government seeking demolition of buildings that are in a dilapidated condition in the state. A bench, headed by Chief Justice Ranjan Gogoi, noted the submission of Additional Solicitor General Atmaram Nadkarni, appearing for the Maharashtra government, who told the top court about the recent collapse of a decrepit building that was about 100 years-old, in which 11 people died. He told the apex court that such buildings, which have been declared unfit by the civic bodies, should be demolished. The law officer said the matter needed urgent hearing as lives of various people were at risk.

The Maharashtra government has said that it is planning to come out with a new law, to facilitate cluster-based development of dilapidated buildings in Mumbai

July 18, 2019: Maharashtra chief minister Devendra Fadnavis, on July 17, 2019, issued directives to the housing department to formulate a comprehensive legislation, to facilitate cluster-based development of dilapidated buildings in Mumbai. According to an official statement, the chief minister asked the housing department to draw up a separate act, to push cluster-based development of dilapidated buildings recognised as MHADA cessed structures in the metropolis. Fadnavis gave the directives at a review meeting, held a day after the collapse of an illegal building in south Mumbai’s Dongri area left 14 people dead.

Residents of buildings categorised as ‘cessed’, are required to pay a levy to the Maharashtra Housing and Area Development Authority (MHADA) for their upkeep. Buildings constructed mostly before 1969, which pay cess to the state-run housing agency, fall under this category. According to the statement, if there is more than one dilapidated building in a particular area, then, redevelopment of all of them can be undertaken by treating them as a cluster and through a single real estate developer. Fadnavis asked officials to undertake redevelopment of such buildings through MHADA. Tenants of such structures should be accommodated in temporary homes, or paid rent for two years, till the new building is ready, it said. 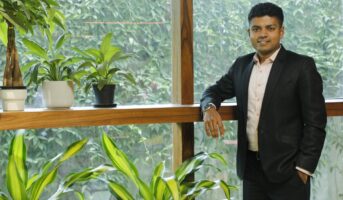