The Maharashtra government, on May 1, 2018, launched an online service to provide authenticated 7/12 land record receipts, a major boost to expedite handling of intra-departmental documents. Chief minister Devendra Fadnavis became the first recipient of authenticated land record receipts, at the launch function. The 7/12 utara is a crucial piece of document, for the establishment of ownership of a piece of land. The receipt is extensively used by farmers, for loan agreements, crop survey and for availing government facilities.

“The extensive demand for 7/12 receipts by farmers, is for submitting them to some other government office or bank on demand. This used to delay the processing of the documents. With digital authentication of these documents, farmers will no longer have to visit the revenue officials or the government’s Maha e-seva centres,” Fadnavis said on the occasion. He said the farmers will have to inform the officers concerned, about their ‘gat’ number and it is the responsibility of that officer to obtain the 7/12 receipt online and attach it to the document for processing.

“This move will reduce the crowding in major government offices significantly, as farmers need not have to run from pillar to post, to get things done,” the chief minister said. He said the digitisation of the revenue record began in 1990, as a pilot project in Wardha in Vidarbha region. He said the state government had spent almost Rs 90 crores, for the project. “We will sanction more funds, as well,” he added.

The Revenue Department’s principal secretary Manukumar Srivastava said, “There are 2.49 crore 7/12 receipts in the state, of which 2.07 lakh receipts have been authenticated with the digital signature. All the receipts will get a digital authentication by August this year.” He said the 7/12 receipts are generated in 357 talukas in Maharashtra. “Digitisation is in process,” he said. The 7/12 receipts are made available for the common man on the website of the Settlement Commissioner, as it contains all the land records of some 40,000 villages, he said. 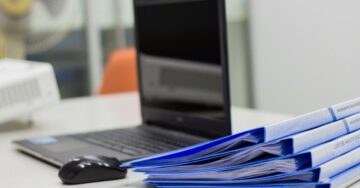