The National Company Law Tribunal (NCLT) is a legal forum that is available to home buyers, in case of any issue with developers. Apart from approaching the Real Estate Regulatory Authority (RERA) or the Consumer Court, a buyer can also approach the NCLT in case of any default by a developer, subject to certain terms and conditions (discussed at length in the later part of the article). This makes it important for a home buyer to understand the functions of the NCLT and its various powers and duties.

When was the NCLT established and what are its powers?

The Corporate Affairs Ministry on June 1, 2016, notified the NCLT, which replaced the Company Law Board. Plans to do so had been in the works for 13-odd years – it was first introduced as part of a 2002 amendment to the Companies Act 1956. The 2016 notification also brought into force the NCLT’s appellate tribunal, the National Company Law Appellate Tribunal (NCLAT).

Constituted under Section 408 of the Companies Act, 2013, the NCLT, which is touted to be the new future of company law litigation in India has a total of 15 offices. Some of its regional benches include:

The government has been taking several steps, to strengthen the NCLT and the NCLAT, in terms of the number of benches, number of courts and number of members, to reduce the pendency of cases. Apart from the decision to set up an NCLAT bench at Chennai, five new benches of the NCLT have been set up during 2018-2019. The e-Court project has also been implemented in a few benches having heavy caseloads.

Formed on the recommendations of the V Balakrishna Eradi Committee, to establish a swift, unified and comprehensive platform for corporate dispute resolution for Indian companies and to reduce the burden on the existing system, while also putting a checking on multiplicities in litigation, the NCLT is a quasi-judicial body, with powers to adjudicate cases related to insolvency and winding up of businesses. It is the adjudicating authority for the insolvency resolution process for companies under the Insolvency and Bankruptcy Code, 2016 (IBC) and can decide on arbitration, compromise, arrangements and reconstruction of companies in India.

Do note here that the body takes up only those corporate disputes that are of civil nature, arising under the Companies Act. This means that criminal courts have no jurisdiction to entertain any pleas against NCLT orders, passed within its jurisdiction.

Key functions of the NCLT

Can home buyers approach the NCLT against a builder?

Section 5(8) (f) of the IBC provides home buyers with the right to approach the NCLT against builders, in the capacity of a ‘financial creditor’. Before an order by the apex court in January 2021, all it took was a single home buyer, with claims of at least Rs 1 lakh, to drag a defaulting builder to the NCLT to start insolvency proceedings under Section 7(1) of the IBC. However, the same is not the case anymore.

The Supreme Court, on January 19, 2021, said at least 10% of total buyers in a housing project were needed, to initiate insolvency proceedings against a defaulting developer. While upholding the constitutional validity of the amendments made to the Insolvency and Bankruptcy Code (IBC) in 2020, the SC established that a minimum of 100 home buyers should come together to file an insolvency application in the NCLT against a defaulting developer.

If the buyers are not satisfied by the order made by the NLCT, they can approach the appellate tribunal, the NCLAT, to seek relief.

Insolvency proceedings against builders during COVID-19

Buyers must recall here that on May 17, 2021, finance minister Nirmala Sitharaman said that no fresh insolvency would be initiated for one year under the IBC, to offer relief to companies defaulting on loans due to the monetary stress caused by the Coronavirus pandemic.

While insinuating that Sections 7, 9 and 10 of the IBC could be suspended for up to one year (up to May 2022), the FM added that the Coronavirus-related debt would be excluded from the definition of default and an ordinance would be promulgated, to bring this change in the IBC. Meant to offer a cushion to developers, this measure will curtail the number of legal remedies available to buyers in case of builder defaults.

Is it wise for a buyer to approach the NCLT?

Before the SC put in place strict terms for home buyers to approach the insolvency tribunal, buyers were more inclined to approach the NCLT, because they eventually had to move to this platform if builders refused to honour the orders passed by the RERA or the Consumer Court to pay money as refunds.

Considering the higher success rate of the NCLT, home buyers often approach the insolvency tribunal to seek relief. In fact, of the total 4,008 cases the NCLT has received since its launch in 2016, real estate cases accounted for a nearly 20% share, as of September 2020. Of these, over 50% cases have already been closed while 395 remain, for which banks and operational creditors are seeking resolution.

Major builders that were dragged to the NCLT

In 2017, IDBI Bank moved the NCLT against Jaypee Infratech over non-payment of dues. The matter subsequently reached the SC, which is in the process of finding a buyer to take over the pending projects of Jaypee.

In December 2017, the NCLT suspended all the eight directors of the company over allegations of siphoning of funds and mismanagement and authorised the centre to appoint 10 nominees on the board, after the centre moved the quasi-judicial body with a view to protecting the interests of nearly 20,000 home buyers.

In 2020, the SC-appointed board ruled out any winding up of the company. The board has suggested a roadmap, under which the company could raise approximately Rs 5,000 crores, required to complete the pending projects within a four-year timeline.

The NCLT, in 2019, initiated insolvency proceedings against The 3C Company, after five home buyers, who had invested in its Noida-based Lotus Zing project, submitted a plea in the tribunal over project delays.

The NCLT, in 2019, admitted an insolvency plea of Bank of India, against Mumbai-based Housing Development and Infrastructure Limited (HDIL) with respect to a loan default of Rs 522 croress, on the part of the Mumbai-based developer.

The Chandigarh bench of the NCLT, in January 2020, admitted a petition against Omaxe Ltd, filed by the group chairman Rohtas Goel’s younger brother and former joint managing director, Sunil Goel. The plea alleged oppression and mismanagement in the developer firm.

In April 2021, the Delhi bench of the NCLT issued notice to Ajnara India after over 100 home buyers filed a plea for delay in handing over possession in the Noida-based Ajnara Ambrosia project.

In 2017, LIC Housing Finance filed an application at the NCLT, to initiate insolvency proceedings against Mumbai-based DB Realty. The plea was moved over a Rs 200-crore loan default.

Where is the NCLT head office located?

How many buyers does it take to approach the NCLT against a defaulting builder?

It takes at least 10% buyers in a project or a total of 100 buyers, to approach the NCLT against a defaulting builder. 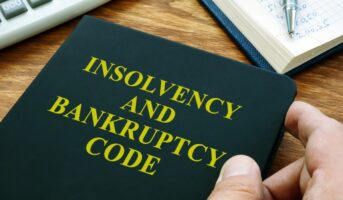 What is IBC or the Insolvency and Bankruptcy Code?. 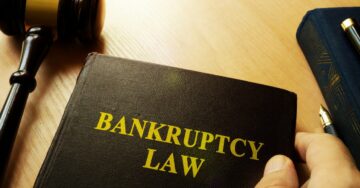 Insolvency law set to be amended. 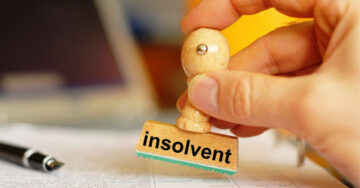