Ambiguity on the implementation of the Real Estate (Regulation and Development) Act (RERA) 2016 in Telangana, has impacted new housing project launches in the city during the first half of 2017, according to a report by property consultant Knight Frank.

New launches in H1 2017 has hit an all-time low of just over 2,500 units. Compared to H1 2016, new launches were down 55 per cent and 56 per cent against H2 of last year, the report said. Lack of clarity on the implementation of the RERA, has emerged as a major factor dampening new launches in the city. In comparison, RERA is already in force in the neighbouring state of Andhra Pradesh. There is still time, before it comes into force in Telangana, it said.

On the other hand, developers were in a rush to complete ongoing projects, before RERA came into force, the deadline for which was May 1, 2017. The increased pace of construction in ongoing projects, gave home buyers the confidence to go ahead and buy a house, while the same confidence among home buyers is largely responsible for a marginal uptick in sales in H1 2017, as compared to H1 and H2 2016, it added.

Compared to other markets, H2 2016 sales figures in Hyderabad did not reflect the true impact of demonetisation. Sales remained steady in the second half of 2016, despite the note ban bringing sales to a halt in other major markets.

“While launches nose-dived, sales are still steady in Hyderabad. Meanwhile, prices have remained muted and are expected to move in the same manner, in the near future,” it said. 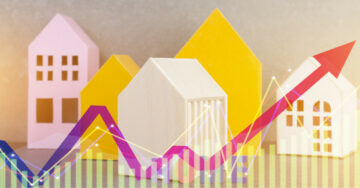 Property rates to go up in Telangana, in a few months: Local realtors.

Tata Housing to invest up to Rs 800 crores for expansion in FY18.

[fbcomments]
For any feedback, write to us at editor@housing.com.
https://seo.housing.com/api/v1/housing_news?tags=Hyderabad,Knight%20Frank,Real%20Estate%20(Regulation%20and%20Development)%20Act,Real%20Estate%20Act,RERA,Telangana