“Already, sales volume on a national level in the first half of 2017 (January-June), is down by 11 per cent and in Kolkata it is down by 22 per cent. If the additional tax burden is passed on, then, sales will further dip,” he said. The Goods and Services Tax (GST) on real estate is 12 per cent and in the pre-GST period, taxation was about six to seven per cent. New launches of properties have crashed 41 per cent, the lowest in the last seven years of the first half average, in the top eight cities of the country, Das said adding, in Kolkata, new launches have declined by 18 per cent. In the city, Rajarhat emerged as the area with the highest number of residential units launched in the first half of 2017, accounting for 36 per cent of all new launches in Kolkata.

Das said Kolkata’s residential market continues to be sluggish, in the absence of a strong service sector. “With RERA and GST in place, global funds will be more confident towards the Indian real estate market,” he hoped. 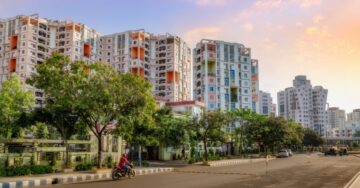