The National Highways Authority of India (NHAI) informed the National Green Tribunal (NGT), on May 21, 2019 that it has planted around 1 crore trees throughout the country in the past 3 years, to maintain ecology and environmental balance. The NHAI told a bench headed by NGT chairperson justice Adarsh Kumar Goel that in compliance of the Tribunal’s directions, an office memorandum (OM) was issued on December 12, 2018 and it was circulated to all project directors, as well as to all the regional officers.

“The office memorandum stipulates creation of separate individual teams, consisting of regional officers, project director and one officer of the level of DGM (tech)/manager (tech), with respect to all individual projects, highway projects being implemented by NHAI. The OM further provides that the teams created will undertake the work of green belt development, maintenance and protection thereof. It also provided that the task force so created, will undertake the work of removal of encroachment on national highways,” the NHAI said, in a compliance affidavit.

It said that NHAI and National Highways and Infrastructure Development Corporation strictly adhere to the Green Highways (Plantation, Transplantation, Beautification and Maintenance) Policy, 2015 in true spirit and substance. “The NHAI has planted around 1 crore trees throughout the country in the past three years even apart from the statutory requirements in order to maintain the ecology and the environmental balance,” it said. The Tribunal had earlier rapped the NHAI for not maintaining the mandatory green cover along national and state highways.

The National Green Tribunal has slammed the National Highways Authority of India for committing fraud, by allowing constructions along highways and failing to maintain the mandatory green cover

October 4, 2018: The National Green Tribunal (NGT), on October 3, 2018, rapped the National Highways Authority of India (NHAI), for not maintaining the mandatory green cover along national and state highways, adding that marriage lawns had come up beside the roads, instead of trees. A bench of NGT chairperson justice Adarsh Kumar Goel slammed the NHAI, for allowing construction along the highways and said all its policies were only visible on paper.

“Why are you (NHAI) allowing construction along the highways? You are not planting trees. All highways have marriage places, instead of trees. You are befooling everybody. We also live in the same country. What you are writing on the paper is fraud. All the things stated in the affidavit are false. Big buildings are overlooking the road. Even a blind person can see. You cannot construct anything within 50 metres,” the bench observed.

The observations came, while hearing a plea filed by the NGO Society for Protection of Culture, Heritage, Environment, Traditions and Promotion of National Awareness, seeking execution of the September 5, 2017 order of the NGT, where the NHAI had assured the tribunal that it would follow the Green Highways (Plantation, Transplantation, Beautification and Maintenance) Policy, 2015 in true spirit and substance. The NGT disposed of the petition and asked the NGO to give specific instances of violation.

The centre had launched the green policy, to promote greening of national highway corridors across the country and promote development of eco-friendly national highway corridors across the country, with the participation of farmers, private sector and government institutions, including the forest department. The petition had also referred to the notifications issued by the Haryana government, which said that no construction can be allowed within 30 metres on either side of national highways and 50 metres on both sides in case of bypass road and it has to be maintained as a green area.

The plea said the tribunal had directed Delhi, Haryana and Rajasthan, to ensure plantation on government land, which are adjacent to the national highway and state highways, but it has not been complied with. In a detailed order, the NGT had directed the state governments and all local authorities to encourage plantation in public parks and other places, wherever it is possible, to plant additional trees to ensure better environment and provide greater protection to the ambient air quality.

“The state governments and all local authorities shall also issue directions to all group housing societies, commercial plots and land that is allotted by the state government for any office, residential block that they would plant trees along their boundaries and raise green belts around buildings,” the tribunal had said. 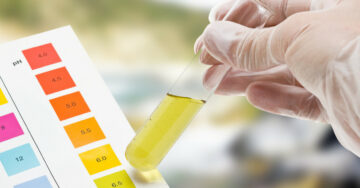