Home » Property Trends » Locality Trends » Noida and Greater Noida: What’s in store for the realty sector in these markets?

The real estate market in Noida and Greater Noida, has received a lot of negative publicity over the past few years, with several prominent developers being unable to complete their projects in this region and home buyers turning to the courts, to get possession of their homes or for reimbursement of their investments. Is the scenario likely to get any better this year, for this market? Abhishek Singh, chief operations officer, Paarth Infrabuild, admits that investors in Noida and Greater Noida have had to face the brunt of the general slowdown in the real estate sector. “We are also witnessing an inventory overhang. However, with the Supreme Court passing its order over the land acquisition issues, it has finally ended the uncertainty in the real estate sector. Investors and developers have also been encouraged, by the implementation of the Real Estate (Regulation and Development) Act (RERA) and the announcement of new corridors of infrastructure and economic development,” Singh explains.

Eastern Noida: The eastern part of Noida that comprises of major residential sectors, continues to witness growth, even amidst a general slowdown in absorption.

Yamuna Expressway: This stretch is eyed by investors, as well as end-users, due to its greenery and development. It has healthcare, education, retail and entertainment facilities in and around the locality. With accessibility to the important areas of Noida and Delhi and proximity to the upcoming international airport at Jewar, this locality may have good future growth prospects.

Greater Noida west: It is considered an extension of Noida. It runs parallel to the major sectors of Noida and provides seamless connectivity to the heart of Noida. It also enjoys proximity to the upcoming Faridabad-Noida-Ghaziabad (FNG) Expressway and metro connectivity. The Jewar International Airport and Delhi Metro’s Magenta Line, are likely to boost real estate business in this locality.

“The proposed airport project in Jewar, has also revived builders’ interest in undertaking realty projects and completing stuck projects in the region. The airport will be well-connected via the Yamuna Expressway and will help domestic and international tourists to reach Agra, Mathura and Vrindavan. The development of any airport, boosts the construction of commercial and residential real estate in its vicinity and can transform the economy of the region. A well-designed aero-city around an airport, can become an economic engine in itself,” adds Singh.

Impact of RERA in Noida and Greater Noida

According to Venket Rao, managing director, Intygrat Business Advisory, Noida and Greater Noida are probably the most affected areas, in terms of stuck and delayed projects, leaving buyers thoroughly frustrated. “We interact with a lot of buyers and developers in these areas and I can assure you that the RERA is a long-awaited reform. The first and foremost thing that RERA is expected to do, is to provide a quick legal recourse for stuck buyers. Apart from this, there has been a lot of miss-selling in these areas and the RERA should restore home buyers’ confidence to a great extent,” maintains Rao.

While the UP RERA has received a huge number of complaints and disposal by the adjudicating officer has been quick, the problem is that a lot of developers are still in a denial mode. “We have seen situations, where no one is representing the developer and ex-parte orders are getting passed. From the buyer’s perspective, getting the order implemented is a problem, as several developers refuse to abide by the orders. Another problem is that a lot of matters are being presented in a very haphazard manner and these could be challenged at higher levels. The RERA is a specialised law and needs to be handled as such,” adds Rao.

Ultimately, while there remains some level of confusion, the real estate market in Noida and Greater Noida should settle down in due course, concludes Rao. 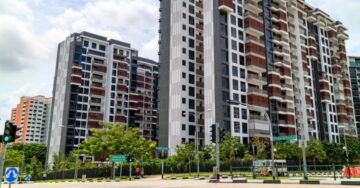