A single bench of the Bombay High Court, of justice Shalini Phansalkar Joshi, held that the Real Estate Regulatory Authority had the jurisdiction to hear and decide complaints, of people seeking compensation for delay in possession of three flats in the Lavasa township. The court said that provisions of the state real estate regulatory law, were applicable to the three apartments, booked on a 999-year agreement of lease at Lavasa and for which 80 per cent of the purchase price was paid. The court passed the ruling, on August 7, 2018, while hearing appeals filed by the Lavasa Corporation, which is developing a township project near Pune, registered under the Maharashtra Real Estate Regulatory Authority (RERA).

The appeals were filed by the Lavasa Corporation, challenging orders passed by the Maharashtra RERA’s appellate tribunal in March 2018, holding that the regulatory authority’s provisions were applicable to the three persons, who had taken apartments in Lavasa through agreement of lease. The company, in its appeals, claimed that provisions of RERA would not apply, in cases of agreement of lease and that the definition of ‘promoter’ under the regulatory authority would not include ‘lessor’. Lavasa argued in the HC that in these particular cases, the relationship between the company and the persons was that of ‘lessor and lessee’ and there was absolutely no sale or transfer of title of the apartments.

The high court, however, held that since Lavasa was a project registered under RERA, the Act’s provisions would apply to it. Justice Phansalkar Joshi said the legislative intent could never have been to exclude long-term lease, as it would defeat the purpose of the law, with developers executing agreement of lease and ‘conveniently escaping clutches of the Act’s provisions’. “Merely because the legislation excluded allotment, when given on rent, it does not exclude long-term lease. That would be defeating and frustrating the objective of the Act,” the court said in its judgement.

It said that the intention was only to exclude rent, as lessees in those cases would not have invested substantial amounts like the purchase price. “But one cannot exclude persons who have paid 80 per cent of an apartment’s purchase price,” the judge said, adding that a 999-year lease agreement was as good as sale of the apartment.

“The main objective (of RERA) is to ensure accountability, on the part of the real estate sector and to provide a comprehensive, effective and speedy remedy to persons, who have invested large sums of money for having a home of their dreams,” the court said in the order. It further said that the three persons in this particular case, could avail remedy provided under Section 18 of the Act, seeking compensation. “Depriving them of the remedy available under Section 18 of the Act, is as good as allowing the unjust enrichment on part of the appellant (Lavasa),” the order said. 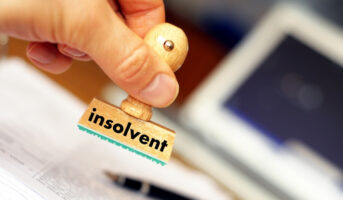