Sajjan Jindal needs no introduction. As one of India’s wealthiest business tycoons, he has catapulted JSW Steel towards being one of the biggest steel manufacturers in India. While Jindal and his family already own several luxury and mega-sized properties in Mumbai and other parts of the country, Sajjan Jindal made headlines when he purchased his dream sea-facing bungalow in the city for a whopping Rs 400-500 crores, as per estimates. This was possibly the costliest deal ever witnessed for any home in India. until Kumar Mangalam Birla surpassed it sometime later with the acquisition of the famous Jatia House.

Sajjan Jindal purchased this majestic three storied bungalow covering a whopping one acre in south Mumbai’s prime Napean Sea Road. This is undoubtedly one of the costliest and most exclusive residential locations in the whole country and it is no surprise that Jindal chose this location for buying this coveted bungalow in Mumbai. This three-storeyed home that he bought was named Maheshwari House. The property is situated near the Consulate General of the Russian Federation.

See also: All you need to know about Elon Musk’s real estate assets

The home originally belonged to the Maheshwari family, a second-generation business dynasty with brothers Vivek, Kamal and Manoj at the helm of affairs, along with their niece. Sajjan Jindal is supposed to have extensively renovated the bungalow for his own use, as per several reports. The Jindal family also stays at another luxurious bungalow named Jindal House at Walkeshwar in south Mumbai, another highly exclusive and coveted residential location. They also own another five storied residential building named Maheshwari Mansion.

At the time of purchasing this property, Jindal was also attempting to sell off his mega mansion on Carmichael Road called Morena House. Jindal was reportedly eyeing Rs 300 crores at the time for Morena House, which he had previously purchased for Rs 125 crores. Morena House previously housed the Belgian Consulate, which will now be demolished for building an ultra-luxury residential tower. Sajjan Jindal’s family entity, Windsor Residency will be building this tower, which will be the first such development after close to five decades on the tony Carmichael Road. He bought this property through Windsor Residency in 2008, although his attempt to sell it in 2012 failed. The state government has confirmed that this building is not a heritage structure and consequently, permission has been given by the authorities for demolition and building a high-rise going up to eight floors.

Sajjan Jindal acquired Maheshwari House by paying Rs 200 crores to Manoj Maheshwari while also paying Rs 300 crores later to other members of the family, as part of this deal, as per estimates, spending around Rs 400-500 crores in total, for the property. Property prices in this posh south Mumbai locality currently are upwards of Rs 85,000 per sq ft or even more, considering the heritage value of the bungalow and its grounds. Jindal is one among the wealthiest businessmen and celebrities who have acquired independent houses in the uber-costly property market of Mumbai. Others who are part of this club include Kumar Mangalam Birla, the Godrej family, Mukesh Ambani, Anand Mahindra and Ratan Tata.

Reports state that the family will continue using both the Walkeshwar-based Jindal House and this new bungalow for various needs. While little is known about its interiors and other features, property market experts estimate nothing but the very best, in terms of modern installations and other renovation work, considering that it will house one of India’s richest businessmen.

See also: All you need to know about Amitabh Bachchan’s real estate investments

What is the name of the property bought by Sajjan Jindal?

The name of the property purchased by Sajjan Jindal is Maheshwari House.

What is the approximate price paid for the bungalow?

Jindal paid approximately Rs 400-500 crores for acquiring the property, as per reports.

Where is the luxurious mega mansion located?

The luxurious bungalow is situated along Napean Sea Road, one of the most prime and coveted locations in Mumbai.

What are the other properties owned by Sajjan Jindal?

Sajjan Jindal stays with his family in Jindal House which is situated at Walkeshwar in south Mumbai. He also owns a bungalow in the Lutyens Bungalow Zone at Prithviraj Road in New Delhi while owning the Morena House bungalow and its plot on Carmichael Road (Mumbai), where his family-owned company will be building a residential high-rise in its place.

(Header image: A Savin,Wikimedia Commons; other images sourced from Instagram) 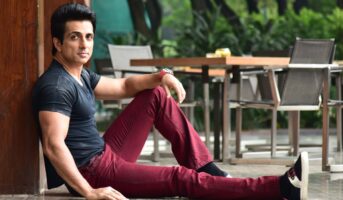 A glimpse into actor Sonu Sood’s luxurious abode in Andheri.

Amitabh Bachchan house: Name, price, location and all about his other real estate investments.

[fbcomments]
For any feedback, write to us at editor@housing.com.
https://seo.housing.com/api/v1/housing_news?tags=Carmichael%20Road,Jindal%20House,Jindal%20mansion,JSW%20Group,JSW%20Steel,Lutyens%20Bungalow%20Zone,Maheshwari%20House,Maheshwari%20Mansion,Morena%20House,mumbai,Napean%20Sea%20Road,Nepean%20Sea%20Road,New%20Delhi,Peddar%20Road,Prithviraj%20Road,Sajjan%20Jindal,Sajjan%20Jindal%20mansion,Walkeshwar,Windsor%20Residency