Home » Rent » How much security deposit can landlords charge?

When renting a house, a tenant has to give a security deposit to the landlord, which is returned by the landlord once the contract expires. For a tenant, this security deposit used to be a big concern, as some landlords in cities such as Mumbai and Bengaluru used to demand amounts to the tune of as much as a year, as security deposit. However, the practice of charging high security deposits  may now be curbed, as the Draft Model Tenancy Act, has standardised it, to help the renters. The Act was recently approved by the union cabinet and will be circulated to all states and union territories for enacting legislation under the Act.

Under the Model Tenancy Law, the security deposit to be paid by the tenant in advance, shall:

(a) Not exceed two months’ rent, in case of residential premises; and

(b) Not exceed six months’ rent, in case of non-residential premises.

Common problems faced by tenants, with respect to security deposits

“In metropolitan cities like Mumbai, Delhi, Hyderabad, etc., property owners take advantage of the high cost of living to push for higher security deposit amounts, with little care for the condition of the house, as the ratio of possible tenants to rental properties, is in favour of the landlords. Thus, depending on the area in the city, landlords charge between two to six months’ rent, as security deposit,” says Rahul Grover, CEO of Sai Estate Consultants.

Sanchita Mathur, a public relations executive who lives on rent in Delhi, says that currently she has paid two months’ rent as deposit. “At times, landlords demand more than two months’ rent. The worst part is that they take their own time, to give the amount back,” says Mathur. A majority of tenants, especially in metro cities, comprise of the young working population, who are unable to pay high amounts as security deposits. “At times, tenants have to give up on decent living conditions, as they cannot afford the high deposits demanded by landlords. Some people also resort to taking personal loans, to pay the deposit amount,” explains Grover.

See also: Arbitration clause in rental agreements and how it can help landlords and tenants

The importance of security deposit for a landlord

From a landlord’s perspective, the security deposit is essential for securing due performance by the tenants, of his/her obligations under the tenancy agreement. The landlord, under the agreement, has right to adjust the security deposit against any arrears of rents or other charges payable under the agreement. According to Girish Shah, executive director, residential, Knight Frank, “The convention of upfront payment differs across markets. The upfront payment is taken, to safeguard against rental defaults, etc. The security deposits is currently charged as per the convention in the micro-market and is required to be paid back in full to the lessee, at the end of the tenure. Standard wear and tear of an apartment due to usage, is usually not charged and the tenant is expected to give back the apartment in its original condition to the landlord. The tenant has to often bargain, to fix a decent amount as security deposit. There may be some scope for negotiation and a mutually agreed amount, is paid by the lessee to the landlord. Both, lessees and landlords, have to understand the standard conventions for security deposit clauses. The security deposit and refund clauses should be mentioned in the agreement, which should be registered at the sub-registrar office, else the contract is not legally binding.”

The arrangements pertaining to the quantum, manner of usage and refund of the security deposit, are left to the discretion of the parties and are regulated by the tenancy agreement.

“State laws on tenancy across major states (for instance Maharashtra Rent Control Act, 1999 in Maharashtra) do not contain any provision, relating to the quantum of security deposit to be accepted by the landlord from the tenant. From a tenant’s perspective, the agreement should clearly provide a cure period to pay the arrears, failing which, only undisputed arrears should be adjustable from the deposit. Tenants should ensure that the deposit gets refunded simultaneously with tenant vacating the premises and failure on part of the landlord in doing so, should entitle the tenant to continue staying, without payment of any further rent or charges and also receive interest on the unpaid deposit amount ,” says Abhishek Sharma, partner and co-head, real estate, Cyril Amarchand Mangaldas.

“The Model Tenancy Act prescribes a cap on the amount of security deposit to be accepted from tenant for residential premises, which is a maximum of double the amount of rent. However, the Act does not provide for any such maximum cap on the deposit for commercial premises. The Act empowers the landlord to make deductions from such deposit, of the arrears of rent and other charges and requires the landlord to refund the remaining deposit, at the time of the tenant vacating the premises,” Sharma elaborates.

Although the capping of the deposit amount is a welcome move from the tenant’s perspective, it is likely to disappoint landlords in certain cities, which had the practice of insisting on heavy upfront deposit amounts. “The possibility of landlords escalating the monthly rent, to cover the deficit in deposit amount, cannot be ruled out. The success of the Act, which is intended to provide a push to rental housing in India, depends on its implementation by state governments, as they have the discretion to either adopt it as it is or with necessary modifications to the same,” concludes Sharma.

Dos and don’ts for security deposits in lease agreements 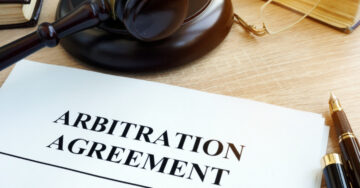 Landlord-tenant disputes arbitrable when not covered by rent control: SC. 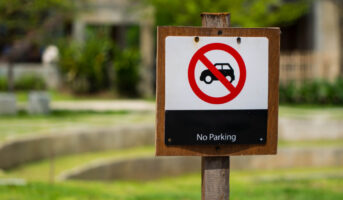 Are tenants entitled to parking space in a CHS?. 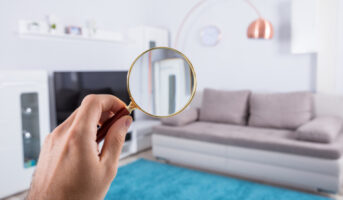 What is normal wear and tear in a rental property?.