The construction industry in Mumbai and Delhi, is eagerly waiting for the single-window clearance of all approvals within 30 days, to be implemented. The procedure is at the final stage of implementation, in both the cities.

The Brihanmumbai Municipal Corporation (BMC), announced that they have started online acceptance of documents for building proposals, from May 15, 2016. The civic body has integrated approvals pertaining to the fire and water departments, while the integration of clearances pertaining to coastal regulation zones and forests, owing to the national park located within the city, are underway.

In Delhi, the municipal body has unveiled a four-page Common Application Form, in the north, south and east zones. According to officials of the Municipal Corporation of Delhi (MCD), 10 agencies including the Heritage Conservation Committee, Delhi Urban Arts Commission (DUAC), Delhi Fire Services and Delhi Jal Board, have been integrated with the common form, thereby, doing away with the need for applicants to separately approach these agencies for no-objection certificates.

The online approval process will be implemented, with the help of the National Monuments Authority’s (NMA’s) web portal called ‘NOC Online Application and Processing System (NOAPS)’. The NOAPS has been integrated with the online portals of the Municipal Corporation of Greater Mumbai (MCGM), the New Delhi Municipal Council (NDMC) and south, north and east zones of the MCD. Developers will now need to fill a single form which will be sent to the concerned agencies by the local body. The NMA will also give approvals to the local body, within six working days, down from the present time limit of 90 days.

Multiple approvals, delays and its impact

Developers on their part, have consistently complained that they face multiple hardships owing to delays in obtaining approvals. Zaheer Majeed Memon, partner, Zara Habitats, explains, “We have experienced a lot of delays, owing to the lack of a streamlined system for obtaining approvals. Lack of clarity in interpretation of regulations and multiple windows for obtaining permissions, increase the time taken for projects to commence.”

As a result, in the past few years, numerous complaints have been filed in the consumer courts against developers, for delays in the delivery of flats.

Kishor Pate, CMD of Amit Enterprises Housing Ltd is of the view that “Delivery timelines play a big role in determining how attractive a developer’s project is to investors and how much confidence end-users will have in a developer. In other words, developers not only suffer financial loss because of approval delays but also lose credibility. Now, with a single-window approval system, residential prices are expected to come down by 30%-35%.”

Harjith D Bubber, MD and CEO of Rivali Park, adds that hassle-free clearances will help under-construction projects, by reducing delays and the cost of the projects. Faster approvals will also help developers to start construction of their projects on time and keep it within the planned budget, by avoiding year-on-year inflation in costs.

Benefit to the end-users

By saving time and cutting costs, single-window clearances will eventually benefit the consumers. According to Ramesh Nair, COO – business and international director, JLL India, the government’s move towards a single-window system, will improve the supply pipeline. “It will increase competitiveness among developers and thereby, serve to manage pricing. This will work in favour of end-users. However, it could also bring about over-supply, if developers are not intelligent about their launch choices,” he concludes. 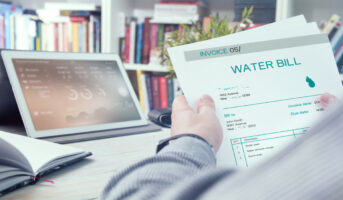 All you need to know about MCGM water bills. 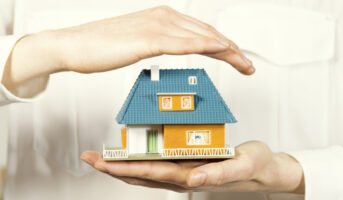